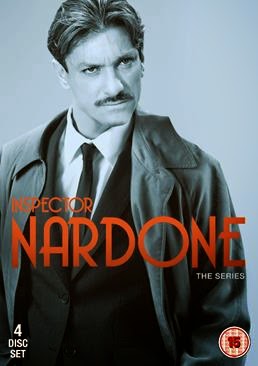 
Post-war Milan is the ideal breeding ground for a new wave of criminal activity. A crime-scene that is very different from what we are used to today: an old-fashioned system of organized crime, made up of thieves and outlaws who share a specific moral code, which absolutely condemns homicide. A new chief officer is assigned to the Milan Police Department, as if to settle a score for having exposed his corrupt colleagues. This is just one of the various difficulties that Mario Nardone, an authentic Neapolitan, must face in the sophisticated and urbane Milan. A city which, nevertheless, Nardone loves unconditionally, and where he plans to bring up his beloved, albeit somewhat neglected, children.

Based on a real figure, Mario Nardone was a true legend in Milan during the 50’s and 60’s. Straightforward, persistently stubborn but also endowed with a strong moral code and a great sense of humanity, Nardone has deep loves; including his long-suffering family, good cuisine and cracking jokes at every opportunity.


Just recently there has been an absolute explosion in the crime genre of Nordic Noir thrillers and television series.  Inspector Nardone is the Italian attempt at recreating that but is it successful?

Well for the most part it is.

The series itself doesn't really take the noir approach other than the setting but they do use it well in the show.

One of the things that I liked about the show is the simple fact that while the stereotypes are all there in the shape of some of the characters, they don't really hang the show on them.  We're treated to a show that not only focuses on the murders themselves but also on the characters that are both behind them and investigating them.

The star of the show is definitely Sergio Assisi, who as Inspector Nardone himself, really takes the investigations and the gusto with enough gusto that you truly believe in parts that he is investigating a real life crime.  That's not to say that the rest of the cast don't hold up their end of the bargain.  They're equal parts fun, memorable and exciting, which really lends itself to the characters feeling realistic and interesting.

One of the things that did strike me was the simple fact that there were certain moments where the humour that was dotted throughout the series felt a bit out of place.  In fact, it felt almost at odds with some of the stories included here.

This rather jovial at times series really does both thrill and entertain the viewers.  As an Italian series, Inspector Nardone doesn't quite come close to matching some of the classic series that came from the Nordic Noir boom but at the same time isn't a waste either.

If you like your crime series' with a dash of humour and flair then you should definitely check out this series.