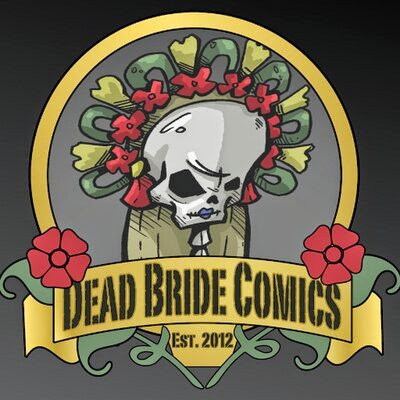 
It's been a bit of a while since the last indie spotlight article and for that I apologise guys and girls.  Real life got in the way as the saying goes.  For this one, I thought I'd go for something a little bit different and go for a company instead. 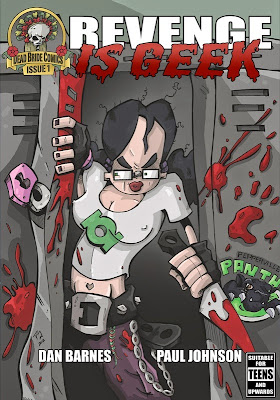 With the British indie comic book scene have a bit of a resurgence recently thanks to the extremely talented folks such as Dan Charnley, David McCluskey, Victor Wright, Rachael Smith and more, there have been some brilliant new publishers and companies popping up.

One of these publishers is Dead Bride Comics helmed by Dan Barnes.  Barnes himself is the writer for the company but if you were to think this was a vanity project then you would be missing out on some superb work that they have been putting out recently. 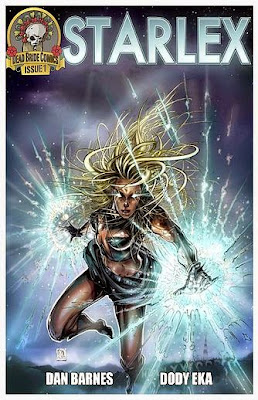 At the moment, their list of issues run from the superhero genre in form of Starlex, horror comedy in the shape of Revenge is Geek and you even have some action horror goodness in the shape of Monster Home and there is a much more to come.

Their art styles vary from title to title and I like that variety.  Revenge is Geek has an almost cartoon feel to it, Monster Home has a Mike Mignola feel to it but then you have Starlex that has more than a nod to the golden age of comics. 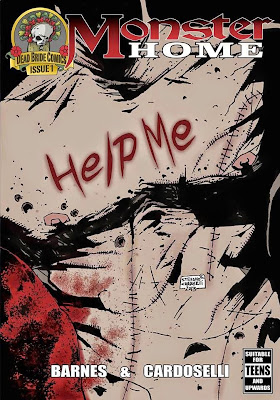 As well as those titles Dan Barnes is also penning a few more.  The ones that have grabbed my eye the most are Vatican, which looks to be a dark, almost vengeful tale and Maple Falls, which is looking like it could turn in to a blood soaked tale of horror.

With those titles as well as a wide range of artists such as Martin Parkes, Lee Ciasullo, Stefano Cardoselli and others under their umbrella, I would definitely be keeping an eye on Dead Bride Comics because they are going to be going places!