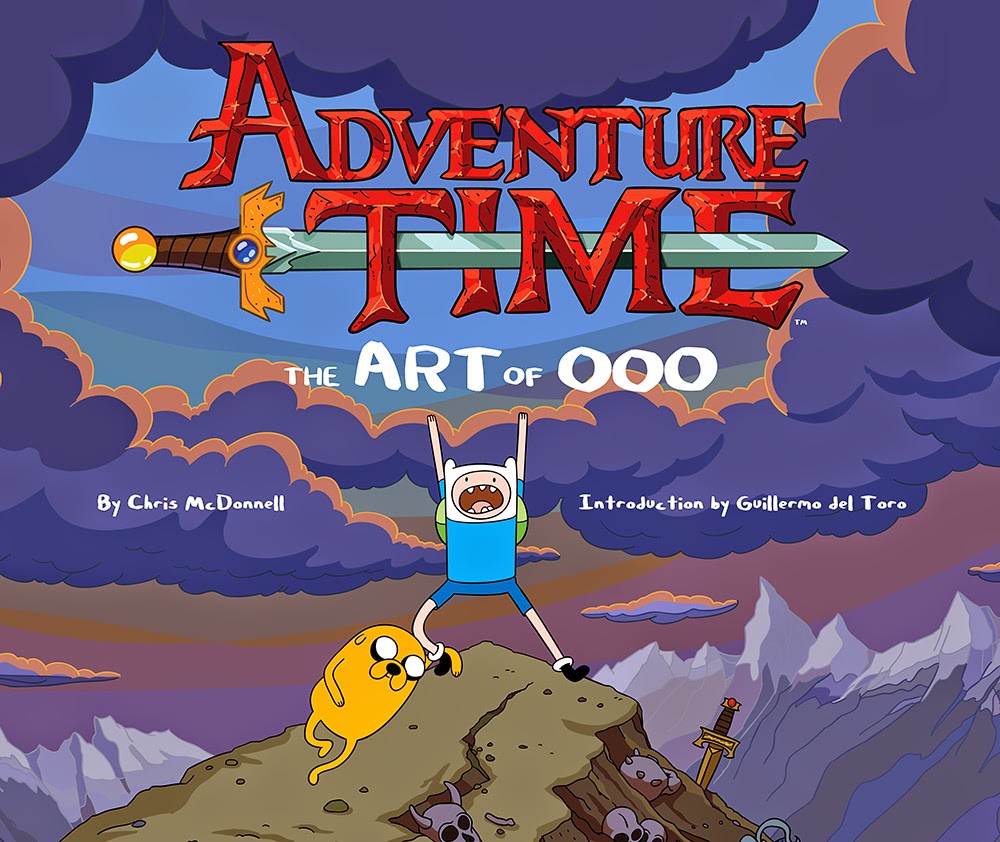 
Adventure Time: The Art of Ooo is the first book to take fans behind the scenes of Finn the Human's and Jake the Dog's adventures in the post-apocalyptic, magical land of Ooo.

Packed to the seams with concept art and storyboards, this lavishly illustrated tome offers an all-access pass in to the Emmy-Award-winning show team's creative process.

The Art of Ooo traces series creator Pendleton Ward's early influences and work, then reveals how the writers, storyboarders, animators, and voice actors work in tandem to bring this wildly inventive series to life.

Fans will pore over early character sketches, as well as background paintings and rare glimpses into the series' show bible.  This visual treasure chest is gilded throughout with commentary from all the show's key creative talent.

The Art of Ooo is the perfect companion to and celebration of this groundbreaking, award-winning series.


As a big fan of nerdy and generally quite off kilter shows, I always love it when you get to see books about the creativity behind the shows and how they come in to being.  Sometimes you get books that end up being an absolute treasure trove of information for the fans and even ends up becoming a book that you can come back to again and again.  Other times you get a book that feels rushed and has just been put out to gain a few extra pennies from the fanbase.

With a show as popular as Adventure Time, I was wondering just what would be put in to the book that would make it as popular as the show itself.  Well, the answer is quite simple.  The answer is that exactly what we have in this book is what we, as fans, would want and more.

We start off with an introduction from the legendary director Guillermo del Toro, which I thought was a nice touch.  Sometimes when you get a star writing an introduction to a book it ends up just being an ego stroking exercise but here you can really tell that del Toro is a fan of the show and is passionate about it.

Then throughout the book we are treated to the entire story of the show itself.  From the seeds of creation right up to the finished product, no stone is left unturned.  You really can tell that this book was a labour of love for the team involved because each and every creative member is spoken to, we are treated to some brilliant concept art, character sketches as well as some rare looks in to the actual show bible as well.

I absolutely loved seeing the genesis of the show from the seeds right up to the finished show that we all know and love watching so much.

That said, my favourite part of the book was by far the interactions from the creator Pendleton Ward.  He comes across as extremely intelligent, fun and witty as well as being massively proud of the show that he has created.

The layout of the book is brilliant.  You really can just pick it up, flick to a page and read through about a certain era of the show and it will flow just as well as if you are reading it from page one.  The flow really hooks you in and you can really just lose yourself in the world that they have created for the show.