The Few: Issue One Review 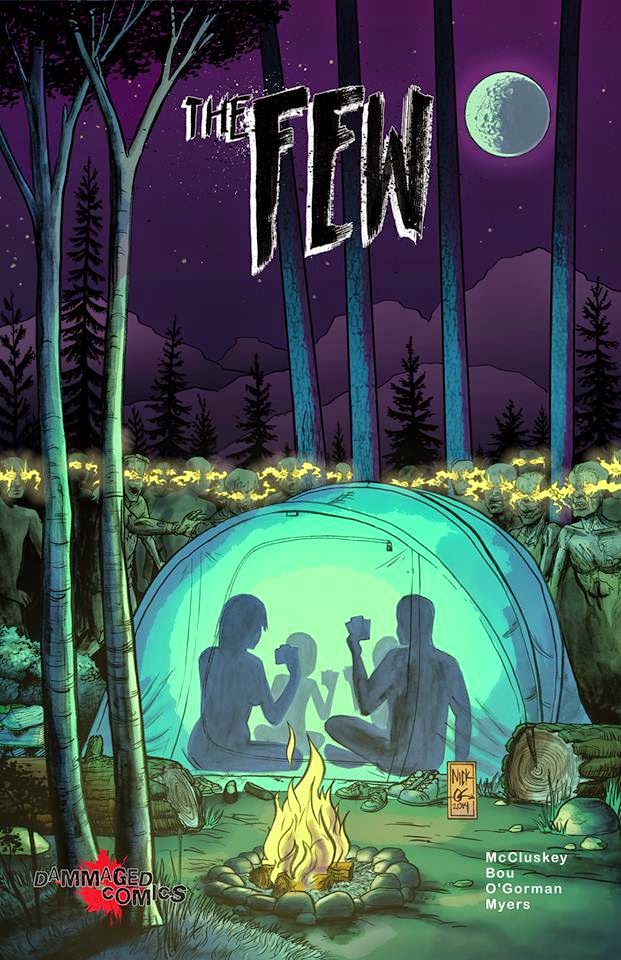 The outbreak was fast and far reaching. Within days what was left of the world was torn to pieces. The infected were everywhere, and they were hungry.

They had overrun the military and the civilian population, no-one knew how to stop them.

Small bands of survivors joined together to bring some strength in numbers. From those small groups rose...


If you are a regular visitor to this site, you will know that I am no stranger to the zombie genre.  Hell, I even have my own zombie stories out at the moment.  That's why when David McCluskey offered me the change to take a look at his take on the popular genre, I jumped at the chance to take a look.

The story itself really hits home well thanks to the good use of pacing.  The slightly slower than expected start lures you in to a false sense of security before the 'stuff' really hits the fan and the undead come crashing in to the characters lives.  That said, there is still time to hint at the tragedy that a couple of the characters have had to deal with in their past.  I, personally, would love to see more of them in the coming issues as their story really gives the tale a personal and emotional slant.

With the pacing here, when the zombies do burst on to the scene, you're bombarded with so many scenes of carnage and death that you, as the reader, are barely given enough time to take it all in.  I loved that about this issue because it gave the story a sense of urgency and dread.  You really do feel like none of the characters are safe and that survival isn't even remotely guarnteed for any of them.

I must admit that the art took a couple of pages to grow on me.  I was expecting a dark, gritty art from the story but it starts off quite bright and airy.  That did throw me a little but when the story starts to steer in to the blood and guts part of the story, the art starts to get darker and darker.  I liked the descent in to what looked like an animated horror movie in places.

All in all, this is a very well written and thought out first issue and one that really makes me want to jump straight in to the rest of the series.  Yet another good title from Dammaged Comics, who are definitely turning in to one of British indie publishers to keep an eye on.