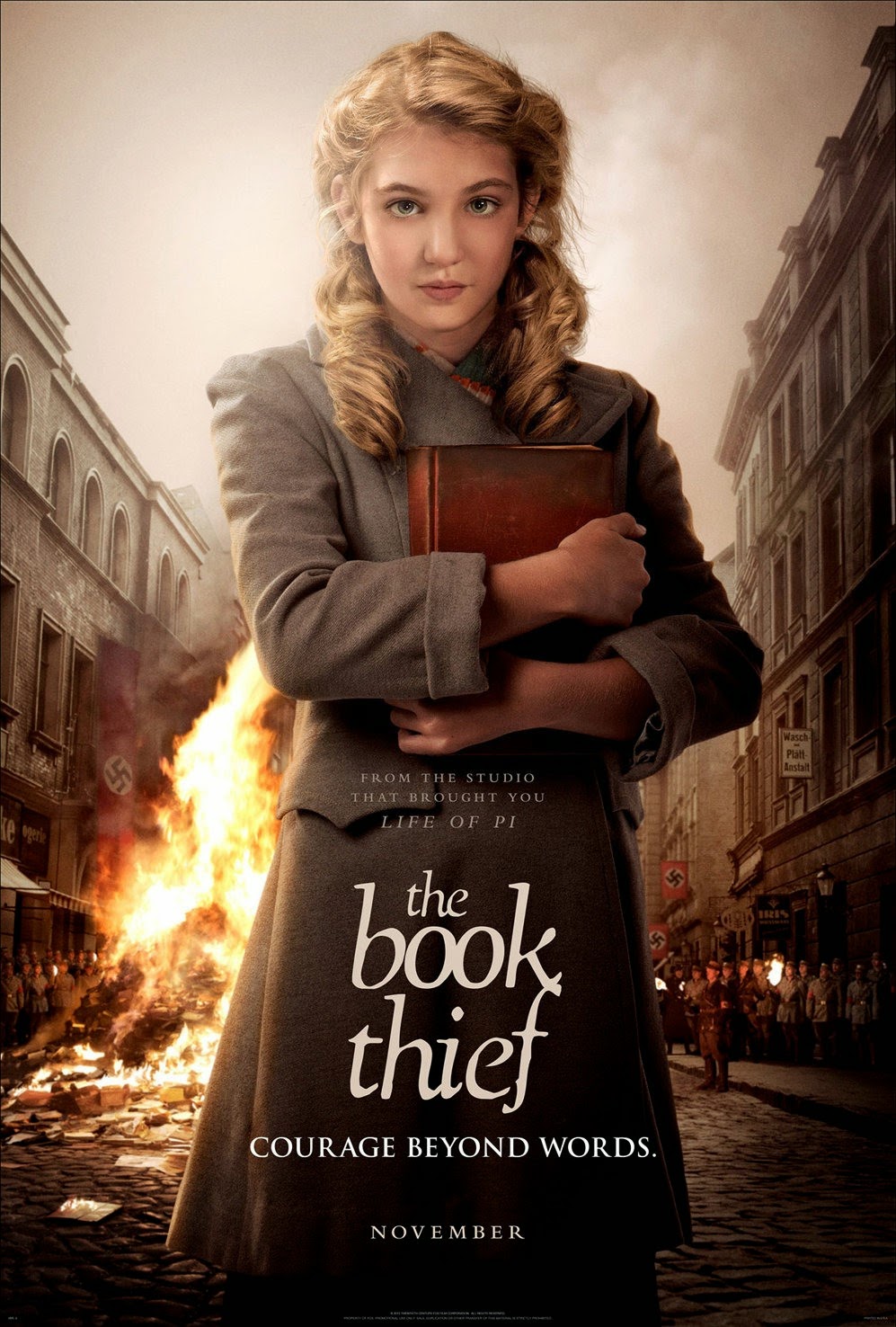 Based On
The Book Thief by Markus Zusak


Based on the beloved international bestselling book, The Book Thief tells the story of Liesel, an extraordinary and courageous young girl sent to live with a foster family in World War II Germany. She learns to read with encouragement from her new family and Max, a Jewish refugee who they are hiding under the stairs.

For Liesel and Max, the power of words and imagination become the only escape from the tumultuous events happening around them. The Book Thief is a life-affirming story of survival and of the resilience of the human spirit.


As an avid reader, I have to admit that I've never had the chance to read the novel version of this movie so I sat down to watch this one with a completely open mind.

Ignoring the bad reviews, I sat down to watch this one and one thing really struck me.  The simplicity of the movie itself.  There's no needless explosions.  No over the top special effects.  Instead it was just a story of ordinary people trying to live their lives under the most extra ordinary period of history.

The scope of the history period is seen, beautifully and hauntingly, through the eyes of the young Liesel, played with sheer authenticity by Sophie Nelisse.  She gives the movie a rather intimate feel and that really hooks in to your emotions.  You are sat watching the movie and just willing the characters to go on and live their lives as best as they can.  You have Emily Watson and Geoffrey Rush also in the roles that really give the movie it's driving force.  As always they are brilliantly cast and really make the characters themselves memorable and even haunting.

With such an effortlessly beautiful movie such as The Book Thief, the pacing is a massively important part of the movie and this one has a fantastic and gentle pace to it.  There is really no need to go overboard with any of the movie, instead it's subtle nature raises it much higher than some of the other, more action packed releases of 2014.

I think however, the strongest part of the movie is the fact that the movie itself works on so many levels.  There's a insightful commentary on the effects of the second World War, a tale of a young child trying to find her own way in the world and even as a social commentary on just how people treat each other.  There are so many levels that you can watch it again and again but take away a different feeling each time.

All in all, this is definitely a movie that deserves to not only be seen but to be adored and watch over and over.  The great performances and subtle pacing definitely make this one of my favorite movies of the year.