Doctor Who: New Adventures With the Eleventh Doctor Issue 3 Review 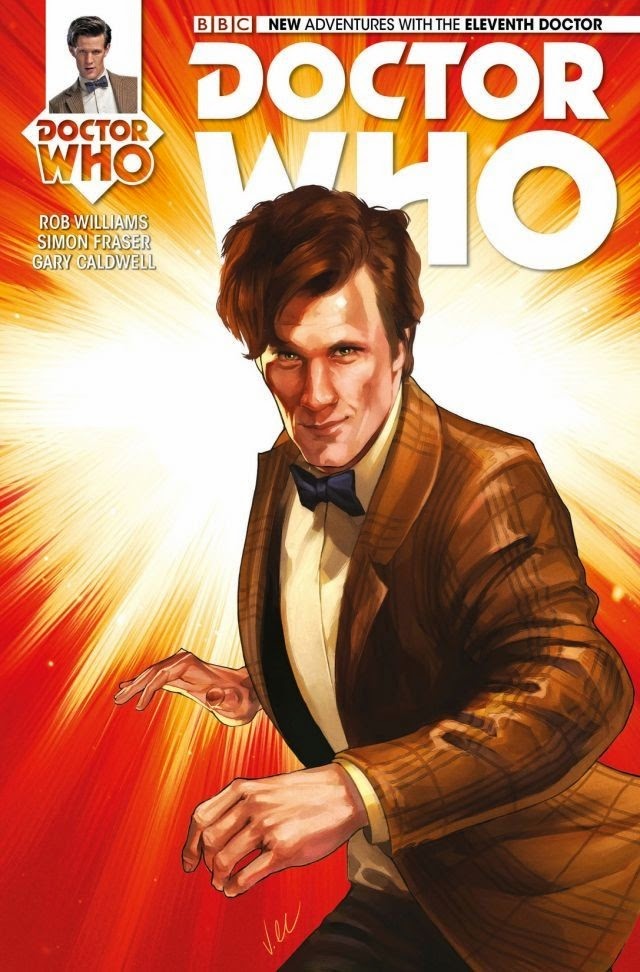 
Alice Obiefune was at her lowest ebb when the Doctor crashed in to her life - now she's traveling through the universe at his side!

Their first stop?  The planet of Rokhandi, a verdant paradise before SERVEYOUinc (and their pet protoplasmic mind-controller) turned it into a creepy theme park.

After defeating the protoplasm with an overload of data, the Doctor and Alice are off traveling again!


After the superb first issue and then the second issue, I have to admit that the Titan Comics stories involving the Matt Smith era Doctor have been really hooking me in and making me want to see more of his adventures.

Here, in the third issue, we have Rob Williams in charge of the writing.  I have to admit that I'm not as knowing of his work but here, he gives the story a wonderful creepy feel.

With the return of SERVEYOUinc, the story takes a personal slant for The Doctor and has left me eager to get to the bottom of just where they are going to take the reveals from this issue next.  One of the things that I have also noticed about these new adventures is just how well the character of Alice works alongside the Doctor.  It's great to see a multi-layered character that can more than hold up her end of the bargain in the adventures.

The story itself, like I said earlier, has a wonderfully creepy atmosphere to it.  I have to admit that the story didn't grip me as much as the earlier issues but with some of the things revealed here, you just know that they are going to come in to play in a big way in future issues.  You can see the character of Alice and the Doctor really growing together on the page and that's the most evident in their relationship together.  At times, it sometimes comes across as a bit of a brother and sister relationship in that they will bicker with one another but will jump to eachother's aid when the chips are down.

Art wise, Fraser and Caldwell, carry on the momentum set by the first two issues.  In fact, I would even go so far as to say that this story and it's air of creepiness really seem to be right up their alley.  Their use of shadows and darkness really made the feeling of dread and even a bit of a ghostly feel too.

I'm eager to see just where this creative team are going to take the Doctor next, especially with some of the things that we see in this issue.  I'm also intrigued with the growth of the relationship between the Doctor and Alice too so roll on issue four!