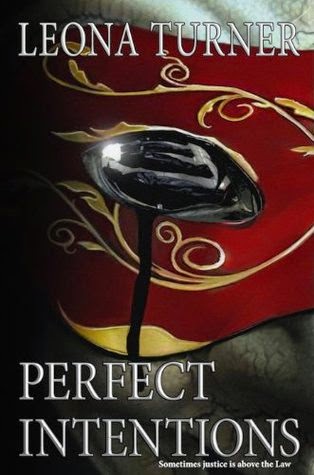 
SOMETIMES JUSTICE IS ABOVE THE LAW…

A burnt body, found abandoned. The identity of the remains unknown.

Straight-laced Detective Inspector Holt is stuck in a nightmare. Bodies keep piling up and the killers ferocity is like nothing he has ever witnessed before. With no leads and little hope, it isn't long before he has to think outside the box and enlist the help of psychologist Loretta Armstrong. But she has secrets of her own…

The killer is vicious, cunning and will not stop unless DI Holt and Loretta can work out the catalyst to events.
What lies ahead, neither of them knows, but it might just mean the end of their careers, and their lives.


As any visitor to this site knows, I love a good thriller.  Crime, psychological, it doesn't matter to me as long as there plenty of twists and turns to keep the 'little grey cells' working.

When I was kindly given a copy of this novel to review, I knew next to nothing of the author herself.  That, to me, is sometimes a big advantage over knowing the author already because then you will go in to the novel with a completely clean slate.

One of the things that struck is that the writer definitely has a love of horror movies or at the very least the pyschological thriller genre.  In fact, while reading the novel itself, you can tell that she wears her influences on her sleeve so to speak yet still manages to keep her voice intact.  I would say that's one of the main strengths of the book.  It may not be a totally original story but Turner's take on it makes it feel like a rather interesting take on the genre.

I did really like the fact that while it went down the route of there being certain reasons for the deaths themselves, it didn't feel overly dramatic or even too far fetched.  With the glut of Saw movies and their various copycats, some of the deaths here really would not have felt too much out of place in that kind of movie but that also is one of the strengths of the book.  There are many moments during the tale that feel almost cinematic in scope.

That said, the novel did feel a little bit rough around the edges but that adds to the gritty and sometimes gruesome atmosphere of the story.  There are twists and turns throughout and while some of them don't set the story on fire, they still work as a way of keeping the pace up.  For a thriller such as this one, it has a much quicker pace than some of the others I have read recently but there's still plenty of room for some solid character work.