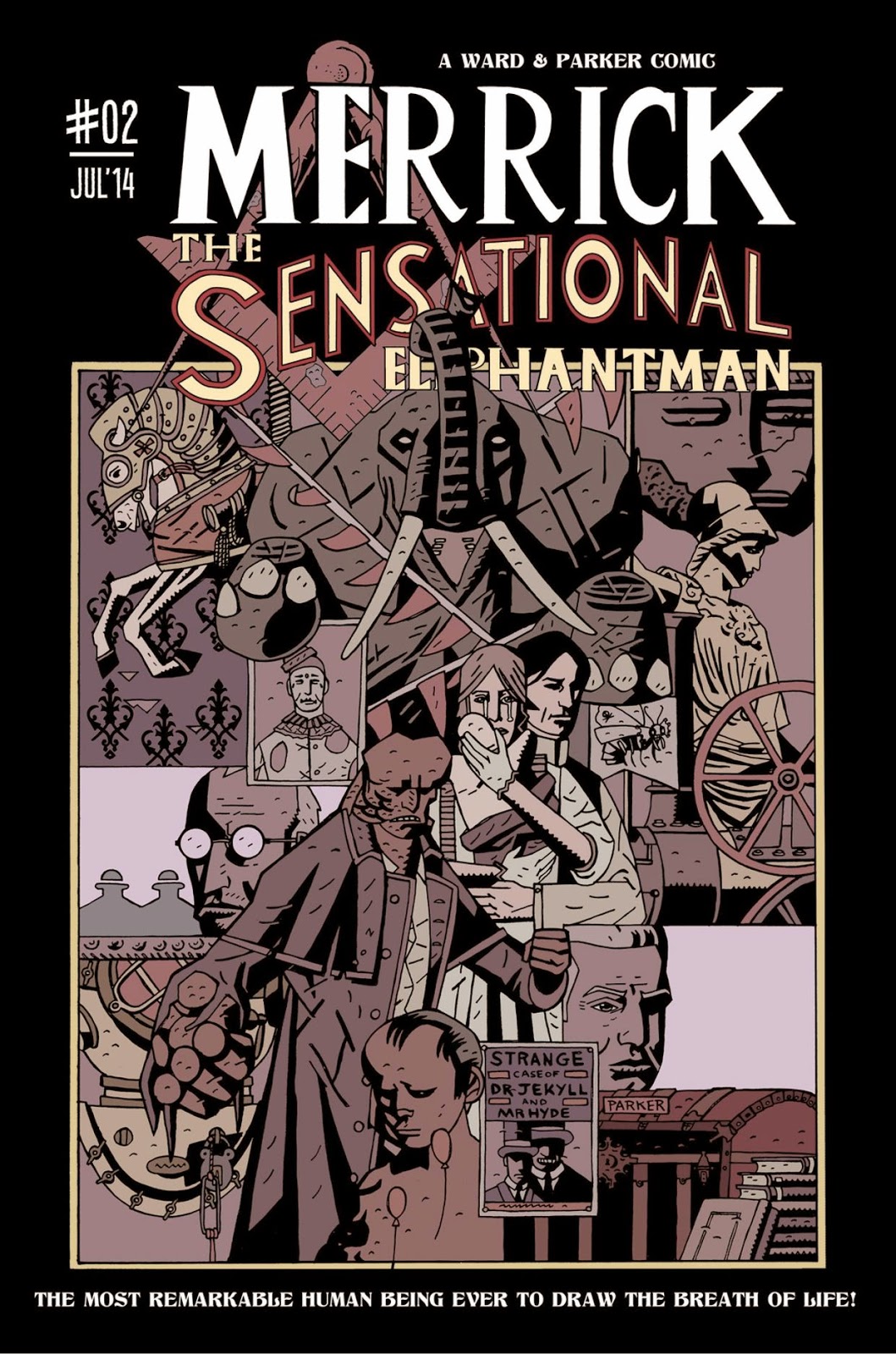 
"Maternal Impressions"
As Merrick recovers from his journey across Europe and back to London, we learn more about his origins.

Treves and his friends locate a rare occult book that has caught the attention of more than just the Masons. They enlist Merrick to help them get it in exchange for help tracking down Ferrari.


After being blown away by issue one of this new take on the legend of the Elephantman, I couldn't wait to get my hands on the next issue to see just where they were going to take the legendary characters.

It was the ending of the first issue that really hooked me in the most, having quite a cliffhanger style ending in that you really wanted to see more of the characters and their lives.  This one takes a look at more of Merrick's back story and his parent's reaction to his looks and condition.  After such an exciting first issue, that was quite a risky move in that you would have expected them to open this one with all guns blazing so to speak.

However, the back story really adds an emotional depth to the character himself.  Known throughout history as a sympathetic character for obvious reasons, it was nice to see that touched upon in this version of his tale.  The way they have taken the real life characters and given them more of a supernatural edge is a bold and successful touch.

The story itself starts off with a lot more of a subtle pacing than the first issue but then it leads in to revealing a little more of Treves and his connections.  That's a smart move in that now I not only want to follow Merrick's adventures in this series but I also want to see where they are going to take Treves.

Art wise, what we have here works very well with the story itself.  The historical setting blends with Parker's art in a very interesting way and his use of shadows is very well thought out, giving the story an almost gothic and creepy feel to the story.

I must say that I once again really enjoyed this one and am really looking forward to seeing the third issue just to see where Ward and Parker are going to take this much darker take on Merrick.