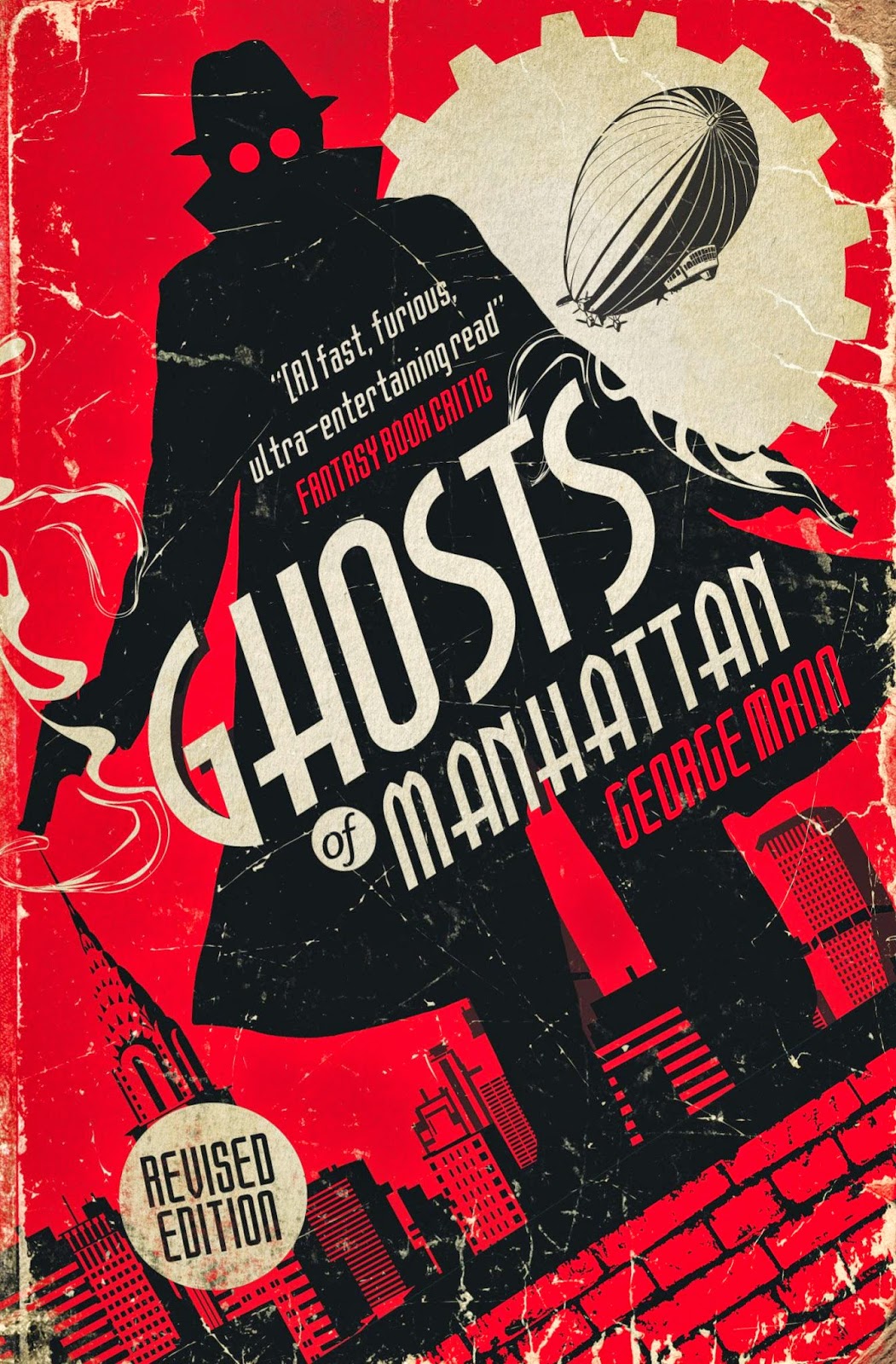 
1926, New York. Jazz. Flappers. Prohibition. It’s the roaring twenties but not as history remembers it. Coal-powered cars line the streets of Manhattan, while zeppelins and biplanes occupy the skies. And the US is locked in a bitter cold war with a British Empire that still covers half of the globe.

This is the alternate vision of the most opulent era of New York. A 1920s that provides the setting for Ghosts of Manhattan and Ghosts of War. It’s a darker version of history. One steeped in fantastical steampunk innovations and a dark undercurrent of supernatural treachery. Organized crime rules the streets, with speakeasies on every corner. And while a run-down police force battles mobsters and their protection rackets, the “Lost Generation” is drinking away the recent nightmares of the World War.

The United States finds itself locked in a diplomatic standoff with a British Empire who has only just buried Queen Victoria, her life artificially preserved to the age of 107. The hub of both the excesses and power of the states, New York stands as a gaudy beacon for a country trying to drown its troubles in illegal gin. It’s a society on the brink of destruction, where any low level crook could be the tipping balance into lawlessness and disorder.

It’s a time in need of a hero.

It’s a time in need of The Ghost.


As a massive fan of George Mann and his unique takes on Sherlock Holmes and his original series called Newbury and Hobbes, I've always loved his eye for details.  In Mann's stories, even the smallest little thing can take on a life of it's own and propel the story forward.

That said, after reading his other books, I came in to this one with extremely high expectations yet for some reason, the reviews for the previous edition of this book weren't very good at all.

Titan Books have released this new and revised edition yet I'll be honest, I've not read the previous edition so I can't compare the two so I've gone in to this one with completely new eyes.

I'm a big fan of the 1920's era of history, of steampunk and of vigilante stories so when I read the back of this one and saw the Mann was combining all three, I must admit that I couldn't wait to open it up and jump straight in to this world that Mann has created.

One of the first things that struck me was the fact that because Mann is so adept at using the worlds he creates, despite the changes, the world in the story felt like it already existed.  Some of the steampunk moments and alternate history parts of the story really gave it a unique feel.  There was even a touch of The Great Gatsby as well.  Normally wearing such influences on ones sleeve would peeve me a little because it can sometimes come across as lazy writing but in the talented hands of George Mann, he's put his own rather unique stamp on those influences while creating a gripping and well paced story.

However, the biggest thing that brought a smile to my face was in the shape of the vigilante character The Ghost.  There were touches of Batman in how he dispatches some of the villains themselves but the biggest influence on the character is definitely the Will Eisner character of The Spirit yet Mann manages to make him feel like he wouldn't be out of place in any of his other stories.

With the amount of twists and turns in the book, there are obviously some that will take the reader by storm and there are others that are telegraphed slightly but with such an action packed and interesting story, that doesn't affect the story.

With the almost Lovecraftian feel of some of the moments of the book, it takes on a near supernatural tint and that really hooks in the reader.  With the book already dealing with a vigilante, gangs, crime and even romance there are many plates spinning at the same time in the story.  One of the most interesting for me was the fact that Mann kept harking back the lost generation, those poor souls that came back from The Great War so affected by what they had done, seen and gone through.  That gave the story a real emotional slant and really made me care about the characters.

All in all, while I would say that I prefer the Newbury and Hobbes stories, this one really hooked me in and personally, I can't wait to see the next book in the series.  Another home run for George Mann!