Doctor Who: New Adventures With the Tenth Doctor Issue 2 Review 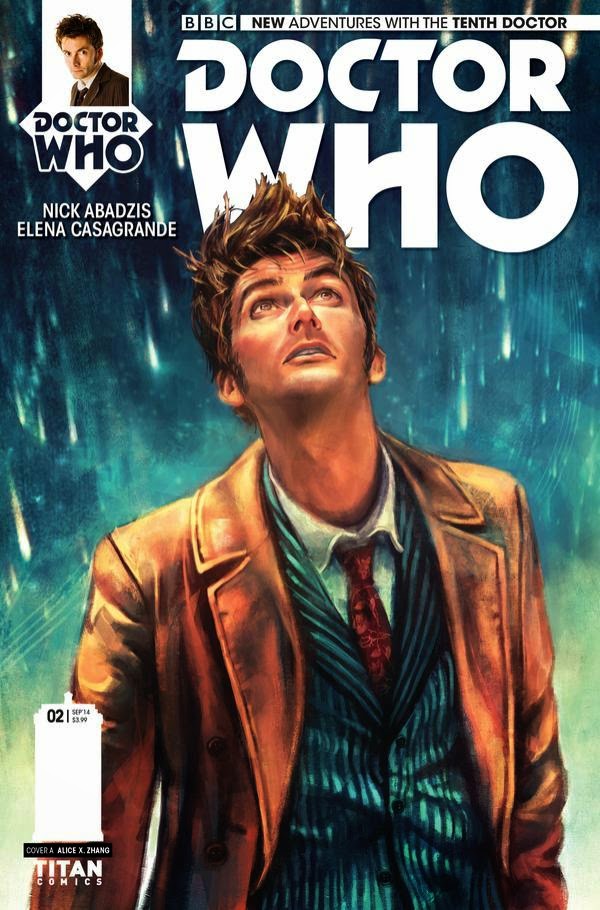 
Gabriella Gonzalez was working late at her father's laundromat - when a vortex exploded out of every machine!

Now terror has gripped her corner of Sunset Park: Gabby's future brother-in-law, Hector, claims he saw the Devil; her grandmother saw a demonic vision of her dead husband.  Evil sights abound, strange things are everywhere - and Gabby is smack in the middle of them!

Never more so than right now: trapped in a Subway car by a monster wearing her face.  Her only help - some skinny guy who won't stop waving a little blue flashlight around!


While I enjoyed the first issue of this new series from Titan Comics, I have to admit that I felt like a little something was missing.

They managed to nail down the things that made Tennant's incarnation of the Doctor so popular and that is no different here.  The writing manages to walk the fine line between the Doctor being a bit zany and him being the brave, 'take charge' portrayal that Tennant was famous for.

The pace here is also really well done again and moves the story along at a cracking pace and is more action packed than the first now that we have gotten to know the new character of Gabby.  However, there still was the feeling that something is missing from the story itself.  It's a bit of a weird feeling because all of the ingredients for a great story are there.  Humor, action and even a slice of horror thrown in too.  We're shown a bit more of Gabby's character, especially in the final third of the issue yet it didn't seem to gel until near the end.

With such a cliffhanger of an ending, I am looking forward to seeing just why these creatures are attacking the planet and see more of their back story that was hinted at in this issue.

As with the first issue, the main strong point of the issue is definitely the art by Elena Casagrande.  The way the creatures are drawn now that they are at the forefront of the story really makes them look like a danger to the characters instead of just being there as 'sonic screwdriver fodder'.  Once again, talking of art, we fans are treated to some more utterly brilliant cover work by Alice X. Zhang.  She really manages to capture the character brilliantly with the cover.

All in all, I'm enjoying the series thus far and it really feels like it's about to kick this story into high gear so I can't wait to see where they're going to take Gabby and the Doctor next.  I'm expecting big things from the third issue as the writing really came together near the end of this one.