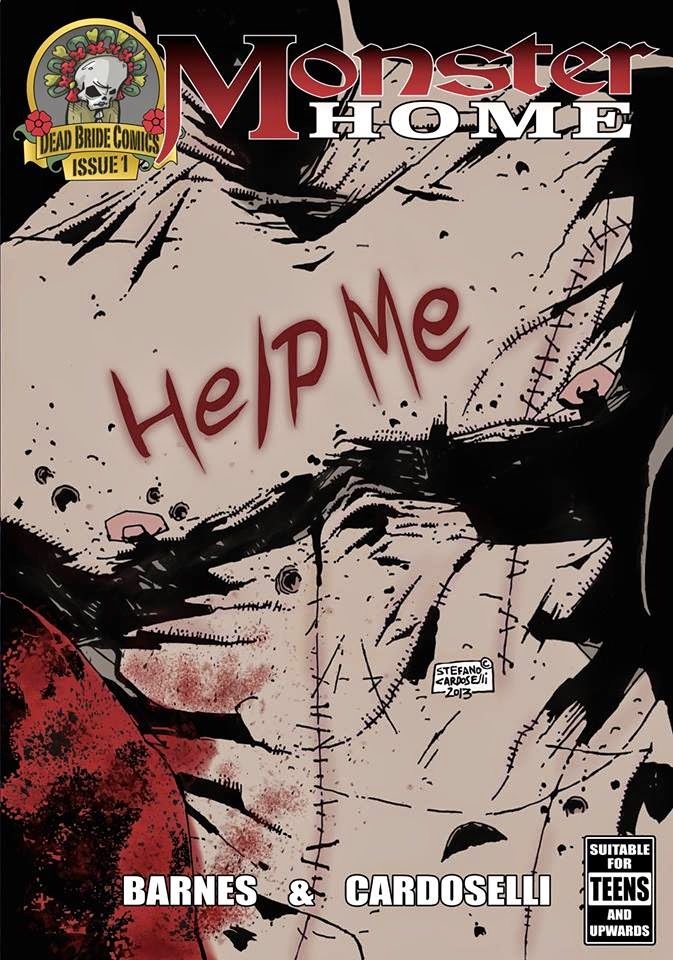 
What would happen if infamous monster hunter Abraham Van Helsing was locked in an asylum with all the dreaded creatures he used to hunt?.... You're about to find out!


With such an enigmatic synopsis as that, I knew that I was definitely going to pick this one up.  After following Dead Bride Comics and liking their other releases, I must admit that I was excited to get my hands on this one.  As soon as it went up on their site, I ordered myself a copy and it's been a while since I've done that with a comic.

I didn't need to worry about whether or not the first issue of Monster Home would live up to the hopes I had for it because I know that Dan Barnes' writing always has a touch of action, wry humor and a load of pop culture and movie references in.  However, here in Monster Home, he's taken a different approach.  The writing is much darker, has tighter pacing and really made me think of the the 1990's horror comics I loved so much yet retaining Barnes' own voice.

The main gist of Monster Home is that all the monsters from the classic horror stories and movies that we know so well have ended up in a decrepit looking asylum and Van Helsing, yes the famed vampire hunter from Bram Stoker's Dracula, has been brought there too.  The thing that I liked the most about the story itself is that you're not told everything is going on.  You're not told why the monsters are there and more.  There are moments of Helsing's past hinted at before they launch in to the back story of how he met Ygor and that led to an ending that has really made me eager to get to issue two.

I must admit that with a lot of indie comics having Mignola style art in their stories that I was getting a little burned out by it so when I saw the style that was like a rougher Mignola that I was a bit worried that I wouldn't enjoy it as much yet it fitted the story perfectly.  The use of shadows and the angles used in the panel work really gave the issue a bit of a movie feel to it.  You could almost imagine it as a heavily animated horror movie and I loved that about it.  As the issue went on, the art really seemed to take a darker slant and the was most true at the ending that I mentioned earlier.  It really had that feeling of being able to grab you and bring you full on in to the story.

All in all, this is a superb debut issue for Monster Home and I, for one, will definitely be grabbing the follow up and so should you.