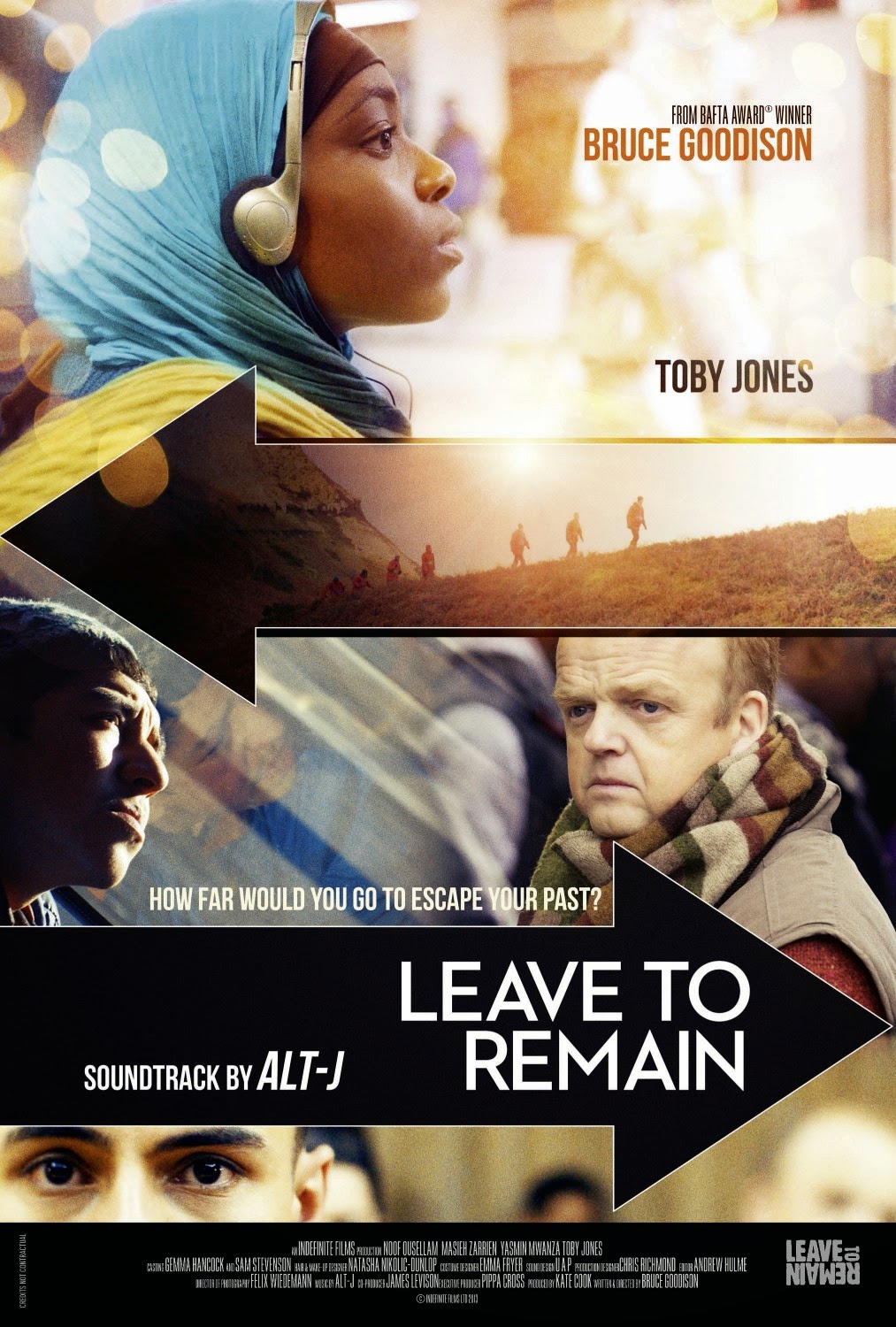 
Omar, a charismatic Afghan teenager, is at the precarious juncture of having his refugee status decided, when the arrival of a boy from back home threatens to change everything. Forced into a position where the outcome may be the difference between life and death, his only options are to tell the unbelievable truth or to tell a good story?

For Omar, and thousands like him, who arrive alone and scared to our shores each year, the asylum system is a cruel game of chance.


Bruce Goodison is known for his work involving some very hard hitting and sometimes controversial subjects and here is no different.  For some people, asylum seeking no matter what the reason is a highly sensitive subject.

In Leave to Remain that subject is not only put across in a subtle manner but also one that creeps under your skin and doesn't leave your mind when you leave the cinema.  I loved the fact that you were shown every part of the characters lives, both good and bad, until you felt like you were with them.  You felt like you knew them in fact.  That simple and personal storytelling really gives the movie an emotional edge.

The sheer emotion of the movie is not only down to the direction by Bruce Goodison and the writing but also down to the utterly brilliant cast.  On one hand you have the supremely talented Toby Jones, who gives a gentle and brilliantly absorbing performance as the man trying everything he can to help the group live as peaceful and normal a life as they possibly can while trying to prepare them for their lives in this country if their claims are successful.  Normally with an actor such as Jones in one of the main roles, you would completely expect him to own the movie but that's not the case here.

In fact, as good as Jones' performance is, it's the parts of the asylum seeker characters that utterly steal the movie for me and so they should.  They give such heartfelt, emotional performances that they had me in tears more than once during the movie.  For me the stand outs were Yasmin Mwanza as Zizidi, who was absolutely mesmerizing and was one of the reasons I was in tears and Noof Ousellam, as Omar.  The character of Omar has you feeling every emotion that you possibly can feel in just the time span of the movie.  However, the absolute star of the movie has to be, without a shadow of a doubt, Zarrien Masieh as Abdul.  Masieh gave such an accomplished performance that you couldn't take your eyes off of him whenever he appeared in a scene.  The skill that he told his told, a lot of the time using only facial expressions, was truly captivating.

I don't say this movie often but this is definitely a movie that not only has to be seen but needs to be seen as well.  With such strong performances, a beautiful soundtrack from Alt-J and a story that is both heart breaking and beautiful at the same time, this movie is an absolute can't miss.

Posted by Pat Scattergood at 12:48