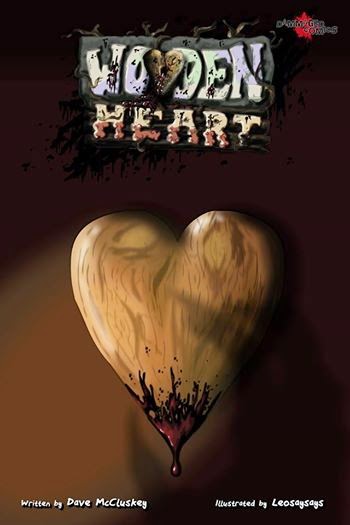 Art and Cover By
Leosaysays


When a traveling carnivals arrival in 1800's New York coincides with disappearances of the townsfolk, the carnival folk are quickly blamed.

Fast forward to recent day and a homicide detective is investigating a series of murders that spike a feeling of deja vu inside of him but are the two things linked?


After reading the two Interesting Tymes collections put out by Dammaged Comics, I was very eager to get my hands on their next release, this time a full on gore fest wrapped up inside a detective story.

One of the first things to strike me about this one was  the massive difference in the art to McCluskey's other stories.  Instead of the Beano style artwork of Interesting Tymes we have quite a bright and colorful style that at first seems rather at odds with the dark and gritty story.  After a second read, I noticed it seemed to create a bit of an uneasy feeling and that actually fits in well with the writing itself.

The story of two points in time maybe having a supernatural link is an interesting one and McCluskey not only takes that idea but he runs with it too.  As the crimes mount up and the murders appear to becoming stranger and stranger with no end in sight, the writing makes it look as if the detective is falling in to the trap in impending madness.  I really liked the idea behind that and it made the character a lot more interesting than it might have been in another writers hands.

I was wondering whether or not the fact that the story takes place in two different historical periods would make it a little disjointed but that's not the case.  Instead, the two halves work quite well together and the parallels between the two work really well.

The only negative for me is that the art sometimes doesn't match the impact of the story itself.  The art isn't bad by any stretch of the imagination, in fact I really liked the sometimes off kilter approach to it.  I just would have liked a little bit more of a grittier style to the story for the art but that's just a personal preference really not a criticism.

All in all, the subtle pacing and then flashes of gore really ram home the supernatural element of the story and the off kilter style of the art does, for the most part, really give the story an uneasy feeling.  Definitely one to take a look at.