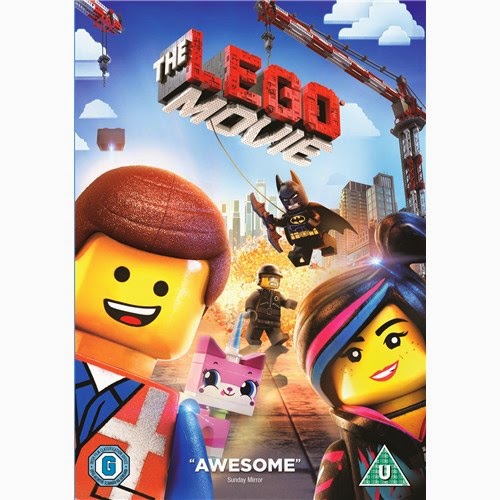 
The LEGO Movie is the first-ever, full-length theatrical LEGO adventure. Directed by Phil Lord & Christopher Miller ("Cloudy with a Chance of Meatballs," "21 Jump Street") the original 3D computer-animated story follows Emmet, an ordinary, rules-following, perfectly average LEGO minifigure who is mistakenly identified as The Special, the most extraordinary person and the key to saving the world.

He is drafted into a fellowship of strangers on an epic quest to stop an evil tyrant, a journey for which Emmet is hopelessly and hilariously under-prepared.


I have to admit that when I saw that The Lego Movie was going to be made, I thought one thing.  It was going to be little more than a feature length advert for the long running bricks and little else.  Then I watched it.
I was very wrong indeed.

What we ended up getting was a fun, sweet and exciting family movie that will not only keep the little ones attentions during the long summer holidays and beyond but also has a very sweet, kind heart and an important message for the viewers without it feeling like they were either making it overly simple or preaching.

This film manages to fit in so many pop culture references in to it's running time that it would be nigh on impossible to sit here and list them all, especially considering they are so varied.  There is also such a variety of jokes and references that there are ones that will have the little ones howling with laughter but also their parents as well.

The story itself really struck a chord with me.  One one hand you have the 'master builders' that can and will look at the bricks and make whatever their heart and imagination desires.  Then you have a character like Lord Business, who wants everything strictly built to the instructions.  That's a very good parable for life in that you will always have the creative people but then you'll have the people that want to tell you what to do and how to do it.  This part of the story is told in such a way that when the ending strikes, it will really touch your heart.

One of the things that I did really like about the movie itself is the way it all comes together.  No pun intended.  While the narrative isn't exactly ground breaking in it's originality, the way the creative team put it all together makes it seem all completely fresh and new.  It really is the sort of movie that everybody can put in to their DVD player and enjoy.

I would have liked to have seem a couple more special features included on the DVD version but what we have here is quite fun, especially the fan made submissions.  Some of them really blew my mind as to how well they were made.

All in all, I must admit that I couldn't have been more wrong about this movie.  What I thought would be little more than a soul less advert was actually a movie with a kind heart and the type of humor and references that everyone regardless of age could enjoy.

Hell, it's worth getting for hearing Batman sing!

Posted by Pat Scattergood at 00:34