Terrorists, Cynicism and Satire: An Interview With Jorg Tittel, author of 'Ricky Rouse Has a Gun' 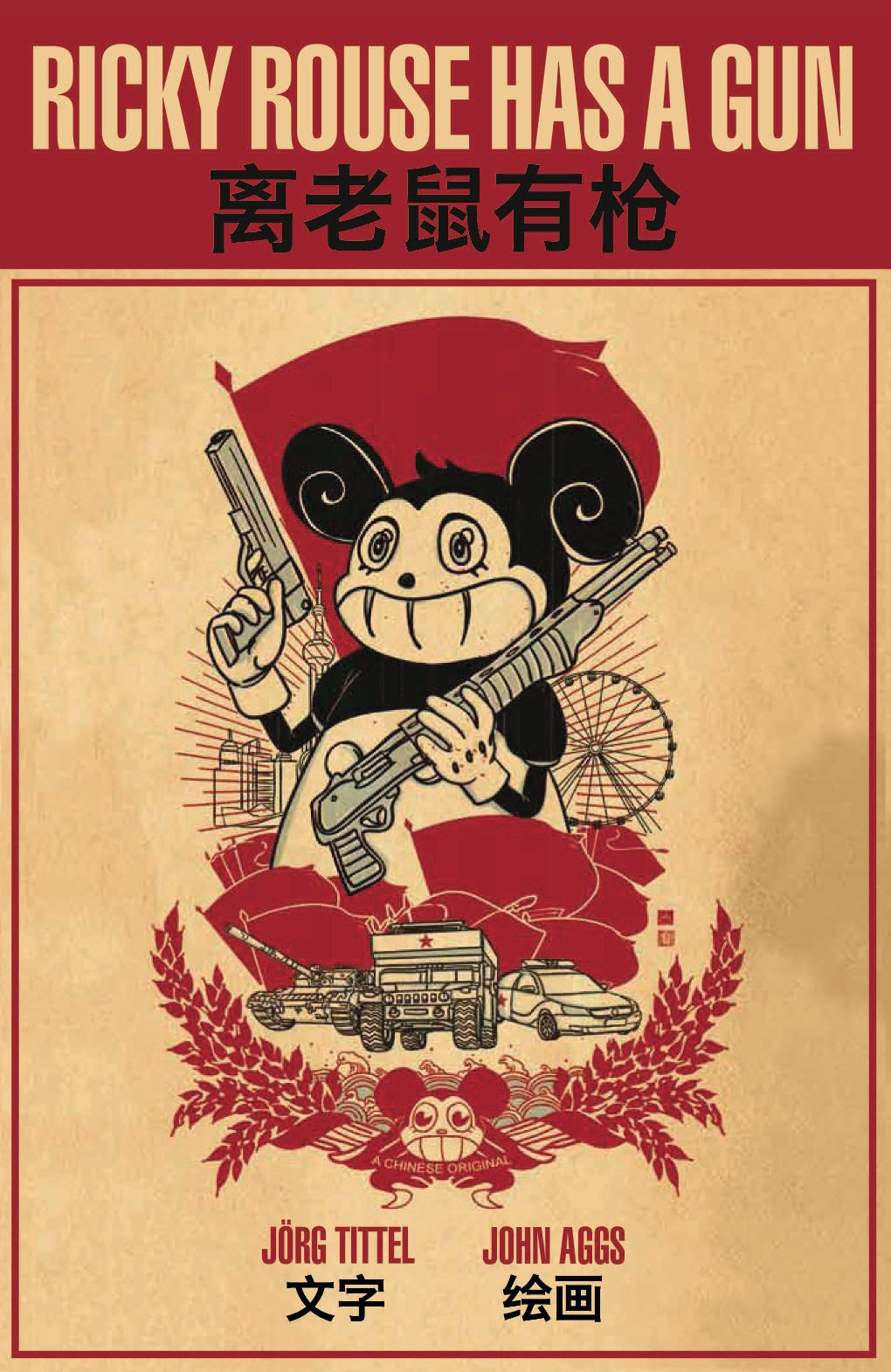 Curiosity of a Social Misfit are proud to welcome Jorg Tittel to our little part of the world to talk to Patrick Scattergood about his acclaimed release ‘Ricky Rouse Has a Gun’ as well as his inspirations and more.

PS: Firstly, welcome to our little part of the internet Mr Tittel.

PS: For me as a reader, ‘Ricky Rouse Has a Gun’ reminded me of a completely bonkers variation on the themes created by movies such as ‘Die Hard’ but how would you best describe it to the people that haven’t read it yet?

JT: Oh, one one level it definitely is a bonkers riff on Die Hard, a movie which still to this day is a masterclass in screenwriting and directing. It set a template for action movies for decades to come and ironically also serves as a bleak reminder of what not to do - the sequels have been getting consistently worse, to a point where I fear they might one day render the original completely insignificant. The latest, A Good Day to Die Hard was, sadly, very bad, so bad in fact, it made all of the countless Die Hard clones look like masterpieces by comparison.

All that said, Ricky Rouse is - besides being what I hope is an entertaining and surprising action comedy on a massive scale - also a satire of today’s rip off culture. And by that I don’t (just) mean China’s stereotypical plagiarism of “Western” culture, but mainly our own worrying trend of rehashing 20th century franchises instead of inventing new things for new audiences. Releasing a new Spider-Man trilogy a couple of years after the last one ended may be the studio’s legal right, but how is it any better than a ripoff Spider-Bloke action figure sold by a Shanghai street vendor?

Okay, forget all that, Ricky Rouse is fun, first and foremost. But like most fun shit, it was written by one angry, cynical bastard.

PS: Set in a knock off Disney theme park, ‘Ricky Rouse Has a Gun’ takes a rather satirical look at the relationship between China and America, what inspired you to take that route with the story?

JT: I was in NYC during 9/11 and lived and worked in America in the Bush years following that dreadful day. Osama bin Laden didn’t just destroy those towers and kill thousands, he also managed to fast track America’s cultural and economic decline and give a mean confidence boost to its “competitors”, China being the strongest contender of course. Suddenly American superheroes started popping up all over the place, re-marketed for the 21st century but as backwards in concept as they were back when they mushroomed in the Soviet era... That cultural, reactionary imperialism likely provided the initial inspiration, although, to be honest, I always wanted to see creepy mascots set on fire and blown to bits. The context of a Chinese ripoff theme park gave me that opportunity.

PS: ‘Ricky Rouse Has a Gun’ is a rather unique story that has really got critics talking.  How did the project come about?

JT: It came about in my silly head, then I wrote it, and then I went on a long and difficult search for the perfect artist. Paul Duffield (read his luscious The Firelight Isle - http://www.firelightisle.com) introduced me to John Aggs and the rest is history. Oh, and I approached the one publisher that I knew and respected, SelfMadeHero, and I clearly caught Emma Hayley in a moment of weakness, because she took on the project right away! This has been a wonderful experience all around.

PS: What would you say was your favourite moment in either creating the graphic novel itself or in the finished item itself?

JT: Alejandro Jodorowsky’s tweet (click here to see it). The man’s a legend. Everyone should watch “Jodorowsky’s Dune”. A beautiful, life affirming and empowering documentary.

PS: Do you have any habits or traditions when you are writing at all?

JT: Only bad ones.

PS: You are also known as a filmmaker.  How did writing this, your first graphic novel, differ from making movies?

JT: It involved re-learning - or un-learning - everything and suddenly thinking in terms of page turners, panel layouts, spreads etc. And in a comic, you don’t necessarily show the action as it’s happening but rather the impact that any given action beat has on a character or situation. It’s a wonderful medium and one that I intend to delve into much more in the future. The other thing that is great compared to making movies is that here it’s just you and another artist (or if you’re more talented than me, you even draw it all yourself!). I just directed a film with a 50-man team. A very different beast.

PS: John Aggs, while a very good artist, is better known for when he takes on the writing duties.  How did the two of you pairing up come about?

PS: You do a lot of work with a collective called Oiffy.  What can you tell our readers about that?

JT: Oiffy is a production company I run with my partner- and wife-in-crime (or is it the other way round?) Alex, and our awesome NY-based ally Philip. We’ve done West End shows, worked on videogames, and are working on a feature with Bob Salerno, producer of 21 Grams, We Need to Talk About Kevin, A Single Man etc. We are ridiculously lucky to be doing what we love, even though our kids seem to constantly be trying to boycott it all. Nah, they’re alright really. (I added that last bit in case they might google this one day)

PS: With you working in quite a few different mediums, who or what would you say has been your biggest inspiration?

JT: Those same two kids. They’ve inspired me to finally deliver. Like I had a choice.

PS: Where can your fans see or hear from you next?

See you! Oh, and don’t forget the Ricky Rouse Has a Gun paperback is just around the corner (hitting US and UK shelves in September)! :)
Posted by Pat Scattergood at 00:37