The Truth of Valour Review 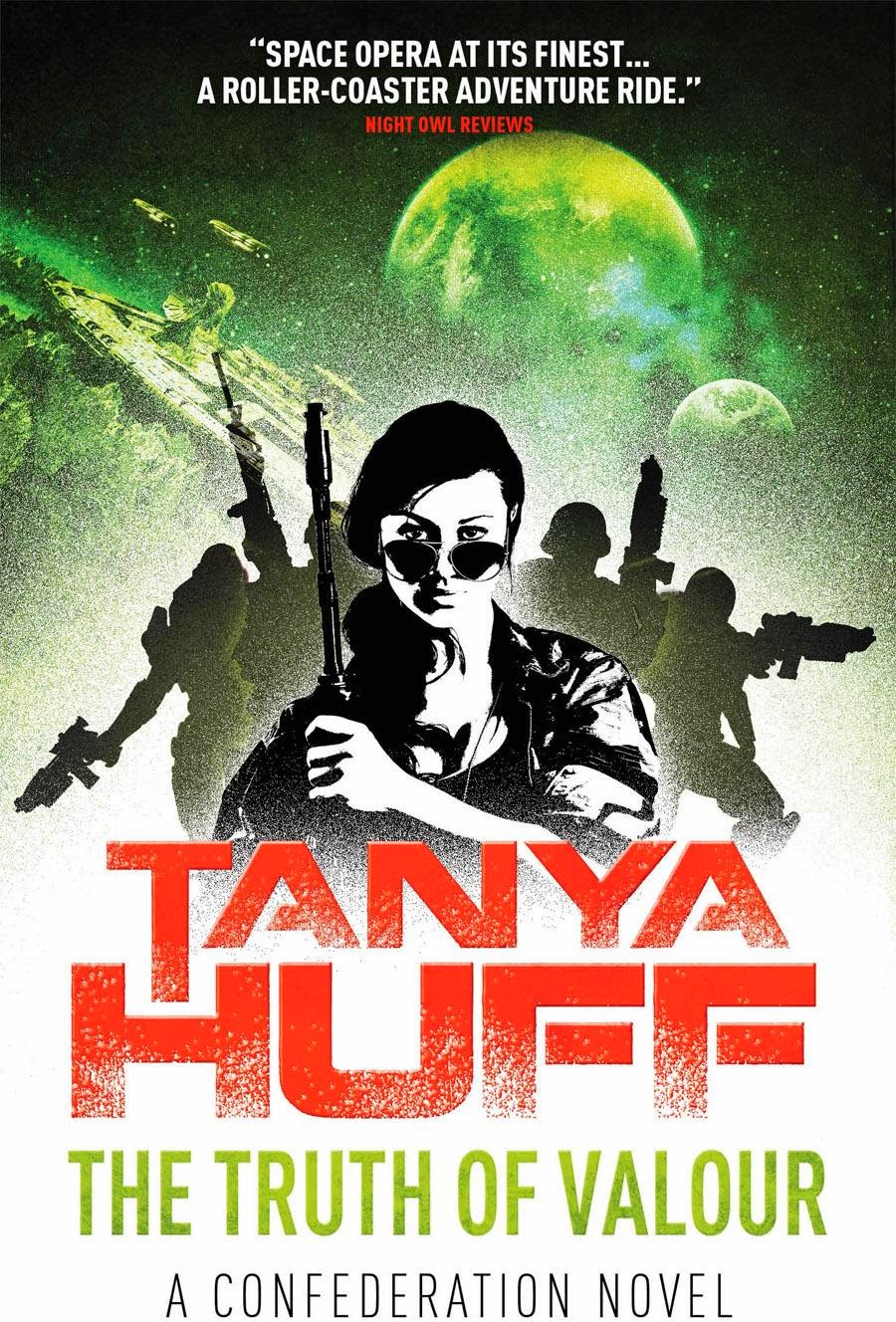 
Disillusioned with the manipulative Confederations, a so-called peaceful alliance of alien species, Gunnery Sergeant Torin Kerr retires from the Marines to start a new life with Salvage Operator Craig Ryder.

But when their salvage ship Promise is attacked by pirates, civilian life becomes a lot rougher that Torin had expected,  After Craig is kidnapped during a brutal ambush, Torin enlists the help of a few old friends to mount a rescue.

Along the way she discovers why the salvagers are being targeted, and her mission suddenly has the potential to change the balance of power throughout known space...


After the fourth book in the Valour (or Valor, for the American fans out there) series tied up most of the loose ends pretty tidily, I wasn't really all that sure where Tanya Huff could take the characters next, especially after some of the revelations in the fourth book.

Well, I must say that I was quite surprised in the direction that she took with this one.

It kept some of the hallmarks of the previous books, which is why they were so popular, and then added some more of the bitter and sometimes cynical approach to Torin's world that had been starting to creep in during the last novel.  On one hand, I really liked that approach as it showed how well the character had grown throughout the series itself.  On the other hand, it kind of felt like something was missing and that's a bit of a shame really.

That said, while something did feel like it was missing, this is a very well thought out and well written novel.  You wouldn't expect any less from Huff really would you?  The action here is some of the best that she has written and I would definitely say that it more than lives up to the previous installments on that front.

Another thing I really liked, as I said before, was the growth of the Torin Kerr character.  It was great to see her in a different light in this book.  Stripped back from the military groundings that sometimes hampered the character, it was great to see her go full on action hero.  It feels refreshing to find a well written female character in a science fiction novel because sometimes they're either incredibly cliched or just there to be rescued but Kerr is different.  She's the one doing the rescuing and kicking ass while taking names.  I loved that side of her but you also get to see a bit of a softer side to the character too but Huff manages to do that without taking away any of the strength that she has built up.

There were a couple of parts of the novel that for me didn't gel as much as the rest of the story but that said, it didn't distract too much from my enjoyment of this one.  In fact, I'd put it up there as one of the best of the Confederation series of novels that Huff has been releasing through Titan Books.

All in all, with some familiar faces showing up and some new ones making their debuts, this would not only be a great book for the fans of the series but also a good jumping on point for some of the newer fans out there.  I must admit though, I'm still not all that enamored with the covers for the series.  I like a bit of variety with book covers when it's a series but that's just a personal preference on my part.

Well worth picking up, especially if you are a Tanya Huff fan.