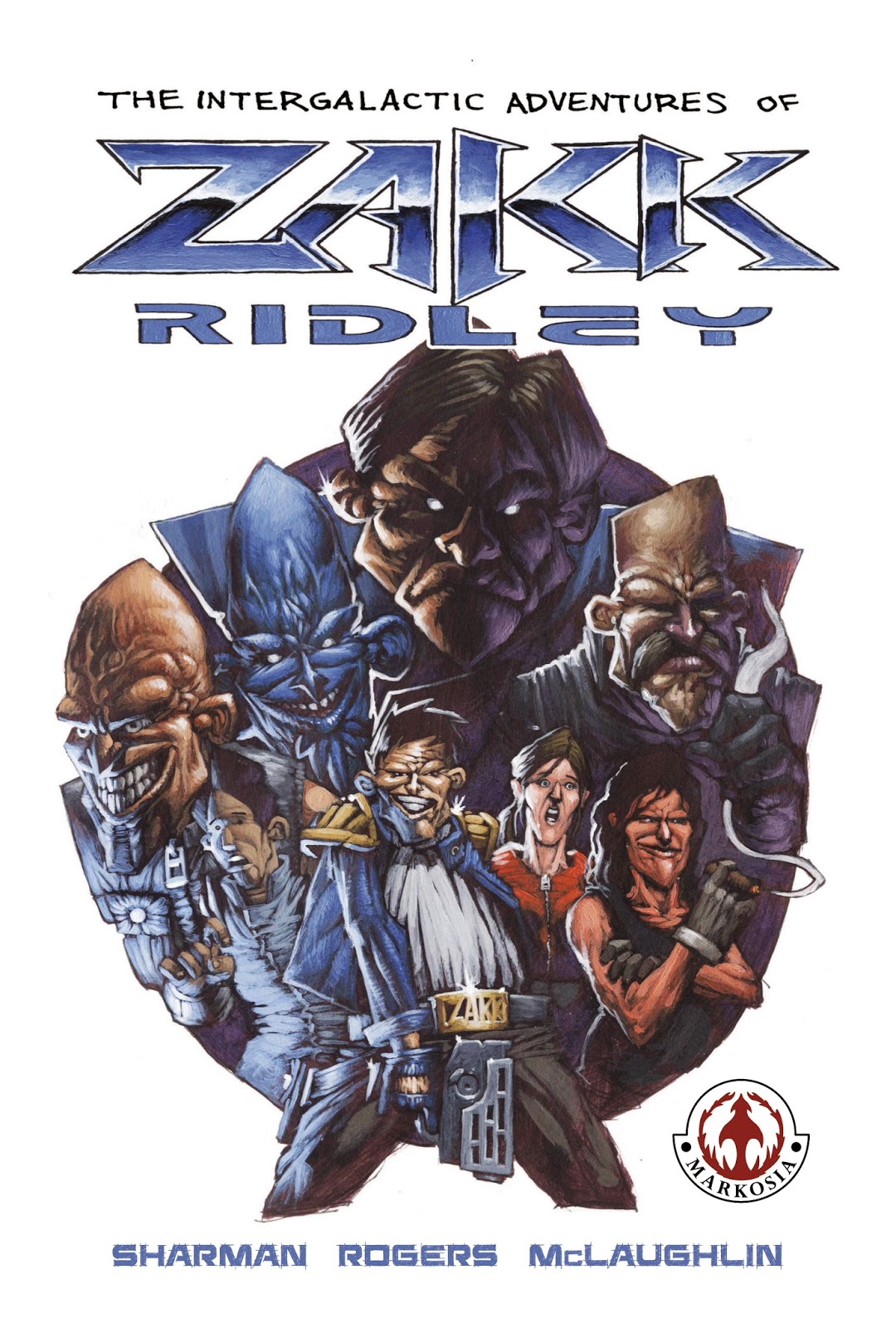 From A Story By
Ian Sharman

Zakk dreams of an easy life roaming the galaxy and making a fast buck or two, but those dreams are thrown into disarray when he and his robotic first mate, Dan, get involved in a simple delivery that goes awry.

Before they know it they’re caught up in an intergalactic conspiracy to keep the galaxy in fear of a constant war on terror. Will they heed Kyouri Denan’s pleas for help in exposing this gross perversion of democracy? Of course they will…eventually…

The Intergalactic Adventures of Zakk Ridley is a rip roaring adventure across the galaxy, stopping off at a few of it’s seedier dives on the way…


If you have been a regular visitor to this blog then you will know that one of the influences on my writing and one of the writers that I am a big fan of is Ian Sharman, the guy who brought us Alpha Gods, Hero 9-5 and much more.

Sharman has a reputation for being able to jump in to a genre and crack out a gripping and well paced story that will hook the readers in with the action and the well written characters.  Here he tackles space.  The final frontier.  Oh wait, wrong franchise.

With The Intergalactic Adventures of Zakk Ridley, Sharman and his writing partner here, Pete Rogers, have taken all the good bits that we love about the idea of the lovable rogue.  Think Mal Reynolds from Firefly meeting Jack Sparrow from the Pirates of the Caribbean movies via a bit of Han Solo from Star Wars.  You might think that being influenced by such characters and many more would make this story unoriginal or even boring but that's very far from the case here.

Talking as a fan of the television series Firefly, I loved this story.  There were some absolutely brilliant action scenes that had me on the edge of my seat and then it would jump straight in to some interplay between the characters that had me howling with laughter.  Sharman and Rogers manage to do that without making the story seem disjointed at all and that's a hard task.

One of the main strengths of Zakk Ridley is the pacing.  The quick writing of the story really lends it to having a television episode feel and sometimes even feels a little bit like those old black and white Flash Gordon serials that I like so much, just with added humor and fun.

Having seen the art for this one, I have to admit that I think Ewan McLaughlin has done an absolutely stellar job here at bringing the characters to life on the page.  His style mixes some of the best parts of the late 80's and early 90's styles while feeling completely up to date.  His flashy colors and great eye for detail really make this feel like it wouldn't be out of place as a television show or even a movie, especially on the action sequences.

All in all, this is one of the most fun science fiction titles I've read to review on this blog for a long time.  It doesn't take itself seriously yet feels utterly gripping and exciting, taking the best parts of some of the movies and shows that I've mentioned before yet still feeling original and fun.