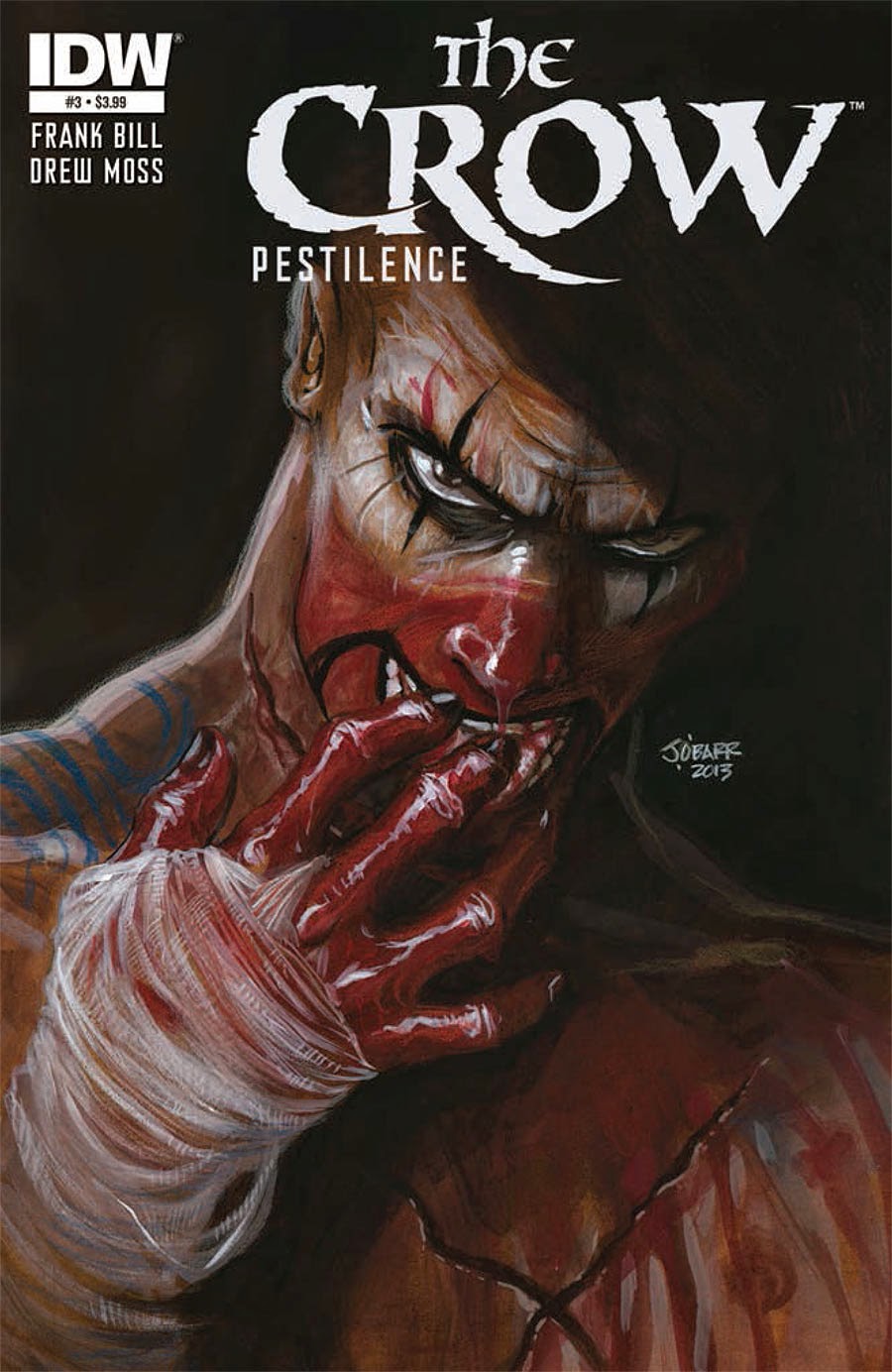 
As Salvador, led by The Crow, exacts his vengeance, the gang starts to push back...and Santa Muerte appears.


Despite there being quite a few bad reviews for the first two issues of the Pestilence storyline in the ongoing The Crow stories, I've enjoyed them for the most part.  They have been a little hit and miss but they've at the very least kept me interested throughout the emerging story.

That's when I came to issue 3.  I loved how there were hints towards something or someone dark and powerful coming for Salvador in issue 2 and that's explored in a bit more detail here.

One of the things that struck me the most with this one was the decline in the writing in this one.  The story hands over the POV to the criminals and if I'm completely honest, I found them boring and really cliched.  The first two issues were a little hit and miss, there were some great nods to the criminals, making them sound like they were going to be this great group of people that would stand up to Salvador but, they just seem to be cannon fodder and not in the least memorable.  That's a real shame because I had higher hopes for this one.

The twist at the end was also really obvious and telegraphed that where it should have been shocking, it just came across as a bit disappointing.

Art wise, I must admit that is where the first two issues have been struggling the most and that carries on here.  There were quite a few panels that instead of looking frantic and action filled, they just felt messy and unfinished.  I picked up on the problem with some of the facial expressions in issue 2 and that's sadly declined here.  The faces sometimes look like they don't even belong on the right person or that they're not even reacting to what is going on in the scene itself.

As readers of this blog know, I love The Crow in all of it's guises.  The movies, the comic books, the graphic novels, the books, pretty much what ever kind they can put out.  Yet with this one, it's becoming more and more like a series that I can take or leave instead of being excited about the next issue and that's a real shame.