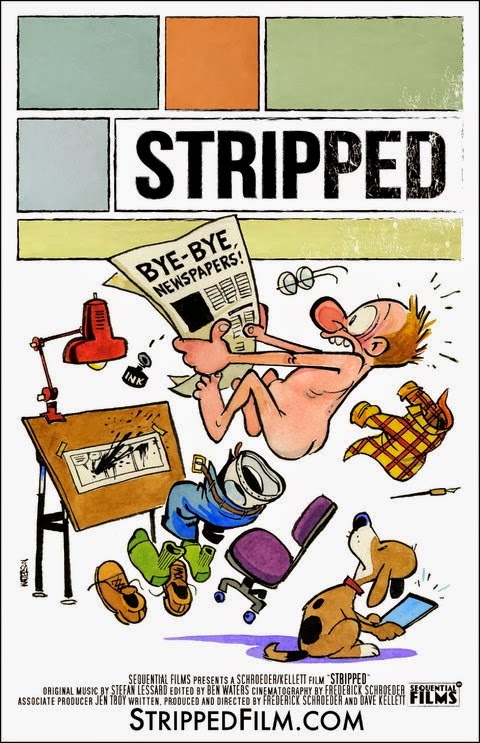 The film asks a central question: Where do comic strips go when newspapers die? Everybody loves comics, but will they survive in a digital world?


As a budding comic book writer myself, I was given the chance to take a look at this documentary in order to learn some more about my craft.

The fact that this documentary asks the question of what would happen to the comic strips that were once so popular now that the newspaper comic strips appear to be a dying art form and that's a really brave question to ask.

With the rise of the digital world for both novels and comic books, the comic strips that used to be everywhere seem to be slowly but surely disappearing.  That's a real shame because I grew up reading so many different types of strips that you couldn't help but find them in every newspaper or magazine that you get your hands on.

The rise of the digital world has given life to the world of  web comics and that's explored here, although to a lesser degree than that of the strips themselves but that said, they do a great job of comparing the evolution of both of them.

One of the most uplifting moments for me in the documentary was the sheer unbridled joy that they show the artists having while creating their work.  They show all the artists working on different formats and styles to the tune of Beethoven and I loved the mix of styles they showed.  You had the classic way of using markers, pencils alongside using tablets and everything in between and I loved that because, to me, it showed that no matter what style you work in there will always be joy in the act of creating itself.

If you even have a passing interest in the world of comics whether it's comic strips, comic books or even web comics then this is definitely the documentary for you.