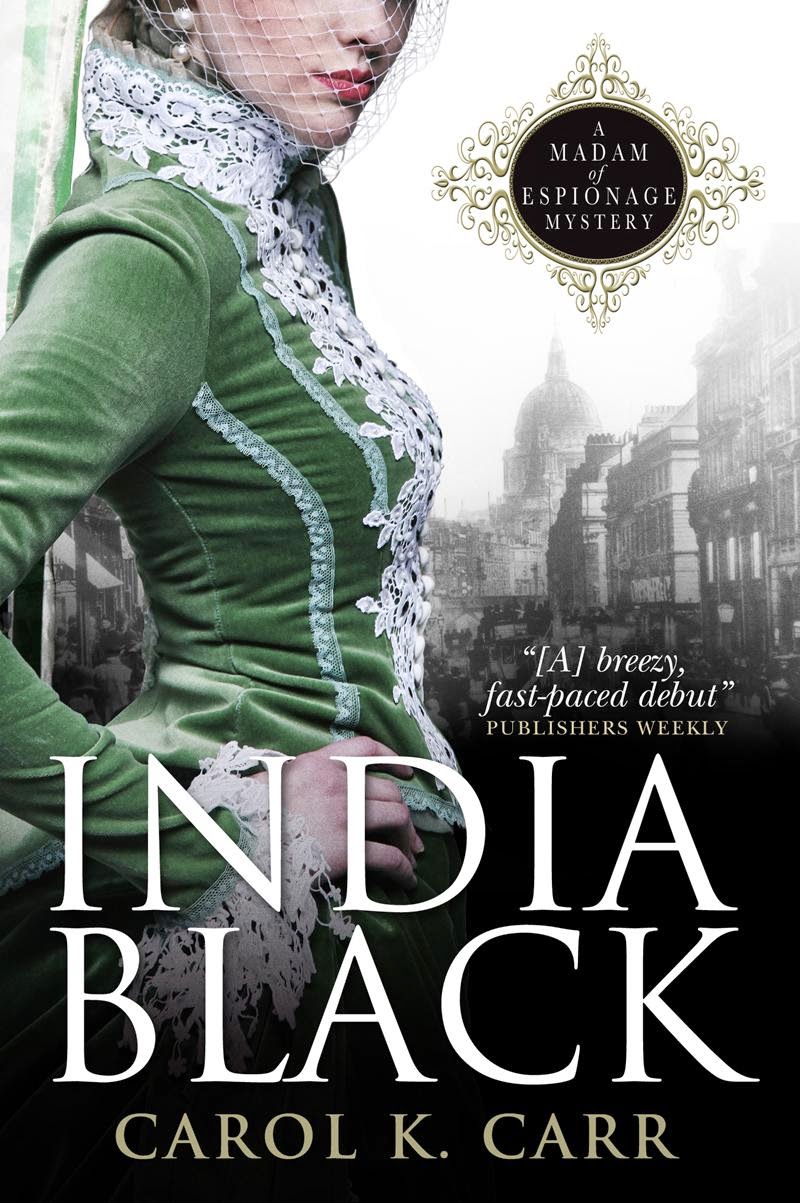 
In the winter of 1876, the beautiful young madam India Black is busy as usual: keeping her tarts in line and avoiding the police.  But when Sir Archibald Latham of the War Office dies of a heart attack while visiting her brothel, India is thrust into a deadly game between Russian and British agents who are seeking the military secrets Latham carried.

Blackmailed in to recovering the missing documents by the British spy known as French, India finds herself dodging Russian agents, seducing spies and embarking on midnight sleigh rides, not to mention ignoring the attraction she starts to feel for her handsome and exasperating British co-conspirator... 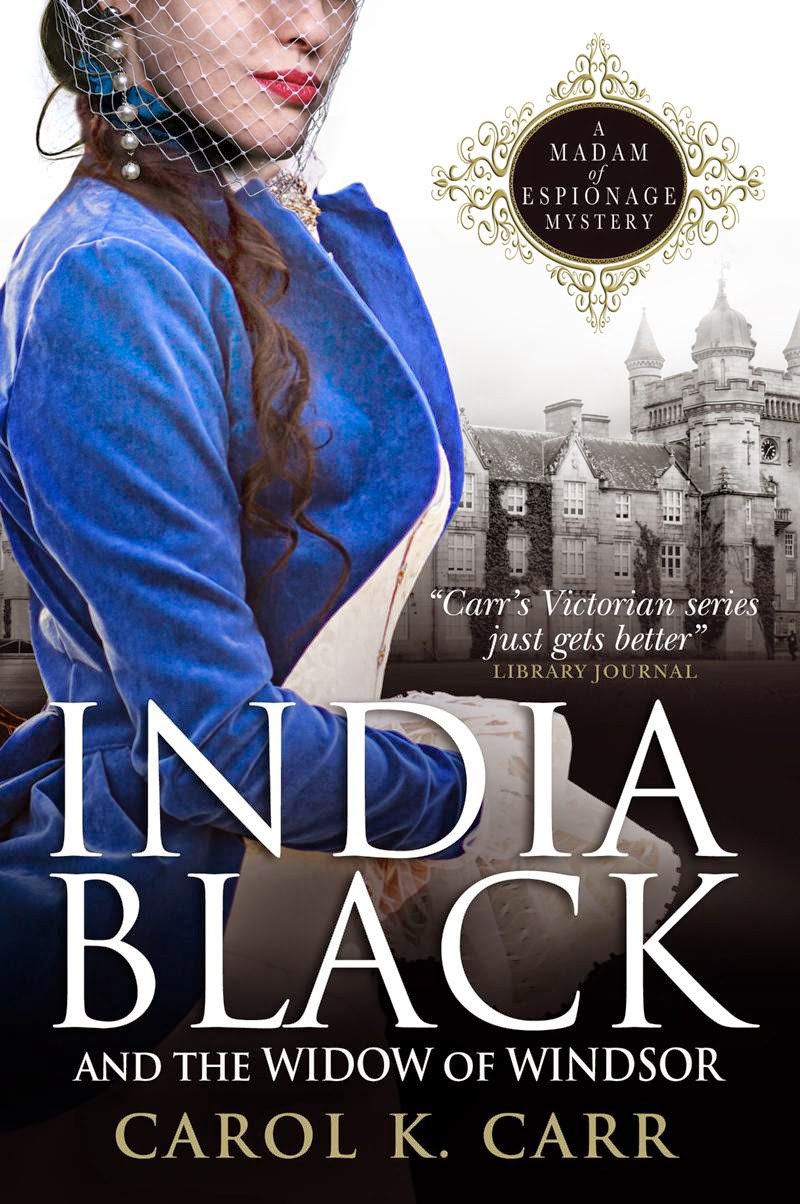 India Black and the Widow of Windsor


Whether running a brothel or running from danger as a spy for Her Majesty, India Black knows how to use the tricks of her trade.  This time she's off to Scotland to ensure that the Queen doesn't doesn't end up getting killed...

When Queen Victoria attends a seance, the spirit of her departed husband, Prince Albert, insists she spend Christmas at their Scottish home in Balmoral, a deviation from her usual practice.

The prime minister suspects that Scottish nationalists are planning to assassinate the Queen, and the ever resourceful India and the handsome British spy French to the Scottish Highlands undercover.

For her part, India doesn't need a medium to predict that someone at Balmoral is determined that this Christmas will be her Majesty's last...


For the first India Black novel in the series, I was wondering just how another addition to the crowded Victorian thriller genre.  To be honest, I've read a lot of novels in the genre by superb people such as James Lovegrove and George Mann so I wasn't really sure if yet another addition would grip me as much.

I must admit that this book absolutely hooked me from the first couple of sentences.  I loved how India Black just put it all out there as to what kind of character she is and it was a refreshing breath of fresh air to have a character that didn't pain themselves as perfect.

With a quick pace and quick revelations, India Black is a great start to the series itself.  There were a couple of moments in the novel that kind of bugged me because they just seemed to be making some rather weird choices during the story.  I don't want to list them here as I hate reviews with spoilers in but they did take me out of the story a little bit at times.

All in all, a good start to the series.


India Black and the Widow of Windsor


While the first novel had a couple of teething problems so to speak, this one not only picks up on some of the revelations from the first book but also builds on them.

The flow is improved and really makes the story pop with life and vitality.  The characters really seem to fall in to their personalities superbly well.  That's most true with the relationship between French and India.

I really thought that this one was better than the first one but really keeps the fun, excitement and humor that made the first book so gripping.  I did like the return of the Prime Minister as well as that was one of the best characters in the first book by far.

The snarky commentary during the story really made me laugh in a couple of places and while some of the more risque parts of Black's character were toned down slightly for this one, it's definitely a book that I would come back to again.  Especially after the growth of the relationship between Black and French.

I, for one, can't wait for the next book in the series to see just where Carr takes her cynical and well written characters.

India Black and the Widow of Windsor