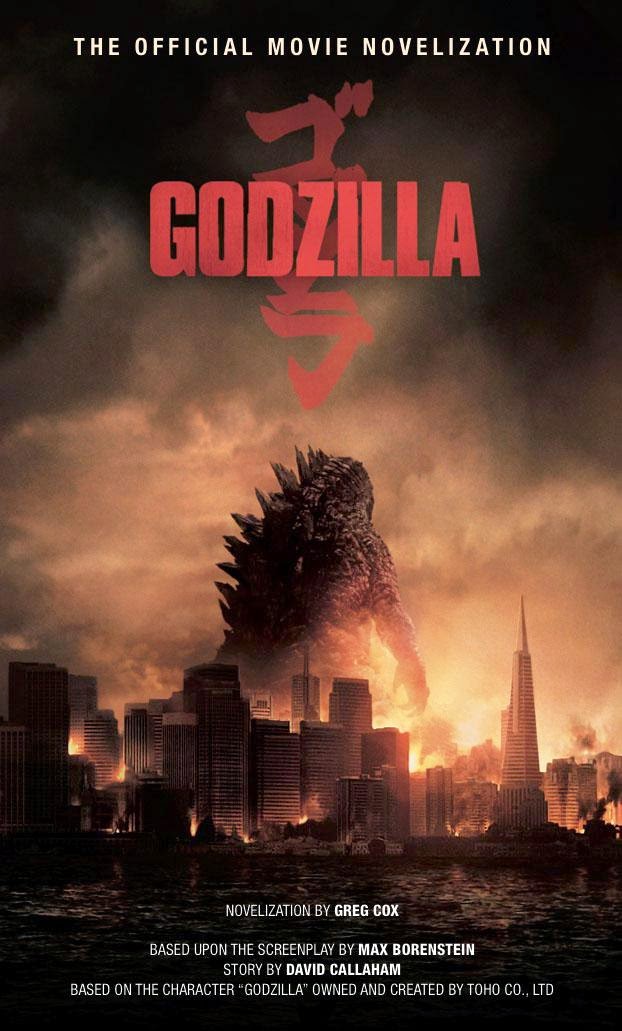 
An epic rebirth of Toho’s iconic Godzilla, this spectacular adventure pits the world’s most famous monster against malevolent creatures who, bolstered by humanity’s scientific arrogance, threaten our very existence.


I have to admit that I went in to this novelization with quite low expectations for one reason.  The idea of a movie starring the legendary Godzilla is an exciting prospect, especially with the promise of a good old fashioned monster battle.  That's where the one of the problems lies.  That's quite a visual thing to behold so would it come across well on the written page?

This novelization is written by Greg Cox, the same Greg Cox that wrote the novelization of Man of Steel, which while good it didn't excite me as much as I would have wanted it to.  This one does fall in to that trap too but to a lesser degree.

Cox's writing here really seems to have taken a quite subtle approach to the beginning, building up the tension really well, which considering you pretty much know what is going to be coming next is a great mark of a talented writer.  However, for me, when the stuff really hits the fan, that's where the book falters slightly.

It's great to see the story of the movie in a little more detail and have some of the characters fleshed out a bit more.  That was definitely one of the main strengths of this novel and Cox really writes it well.  His writing also does the creatures justice in that his descriptive style of writing really brings them to life in an exciting way.  It's just that for some reason, the final third of the novel just didn't gel as much for me as  the rest did.  That's a bit of a shame really because the build up was superb.

One of the things that disappointed me however, was the simple fact that in some places the novel read more like a disaster movie than one involving monsters but for the most part, this is a well written and well paced novelization of a summer blockbuster.