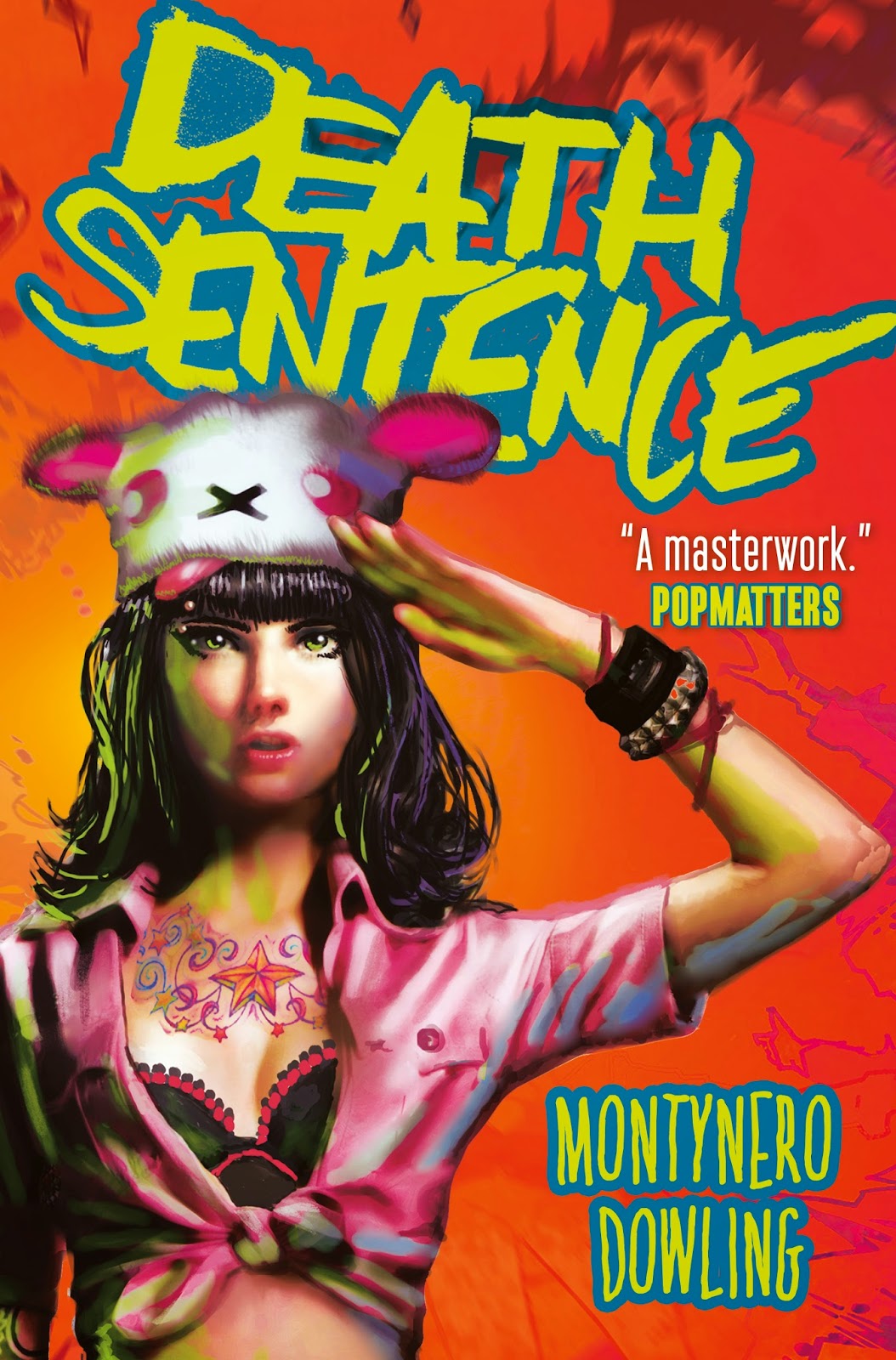 Three people infected with the G+ virus - which gives them incredible powers, but which will kill them in six months!

Will they fade away - or go out in a blaze of glory?

From the streets of London to the North Atlantic, from muses lost to futures thrown away - Death Sentence is the jaw-dropping next step in superpowered storytelling.

Funny, fearless and frightening, this collection of the hit series is an unforgettable comics debut.


Titan Comics may be a new comer to the comic book world but they have been slowly and steadily releasing some really good quality books and series with some really big names attached to them.

Death Sentence is apparently the debut of this creative team and what a debut.  One of the things that struck me the most about this release from Titan Comics is the simple fact that it really grabs you as soon as you open it.  Some of that is due to the art and some is due to the superb writing here.

The writing duties here are handled by Montynero and he really has a bit of a Mark Millar vibe to the writing and the story itself.  In fact, I would even say that it out Millar's Mark Millar in places yet it retains it's own voice and what a voice it is.  The story really comes across as a punch to the gut and incredibly dark.  It is definitely not one for the younger comic book fans out there thanks to it's sometimes disturbing subject matter.

I must admit that there were moments in the story that actually really got under my skin and made me feel uncomfortable but that's exactly the point of the story.  That's a great way of asking the question of what would you do if you gained these unstoppable powers and only had a few months to live.  Would you go the good route of trying to make the world a better place or go crazy and megalomania style ravings?

The answers to that question are explored here in great and quite graphic details.  The stories running alongside one another of the main characters lives and how they then converge in an orgy of violence and tragedy.  Yet all through that all, there's a deeply tragic and sympathetic story running throughout the collection.  They really take a good look at each aspect of the characters personalities and lives, including the flaws and their mistakes.  I loved that because of the simple fact that it showed us as a race as both brave, heroic and wonderful but also as fickle, cowardly and evil.

Art wise, Mike Dowling, has crafted a style for this story that really wouldn't look out of place in a Millarworld title.  It's dark in places, bright and colorful in others but that mixes so well with Montynero's writing and the action on the page.  Even in the parts of the story that really get under your skin, the art does a great job of making you look even if you feel uneasy about what you are seeing.  One of the best moments in this collection for me was a quite simple scene.  The stuff has literally hit the fan and Weasel and Verity are in a car together chatting and trying to work out a game plan when Weasel stops all he is doing to upload his new song to the Internet in a last ditch effort to get people to listen to his solo stuff.  The art and the writing combine here brilliantly well, especially in the reactions both dialogue wise and facial expression wise.  For me, that scene summed up both the characters brilliantly.

If this is going to be the sort of titles that Dowling and Montynero put out together then long may their partnership continue because this is definitely a title that not only carries on Titan Comics' run of good titles but I would say this is the best one that they have put out so far.