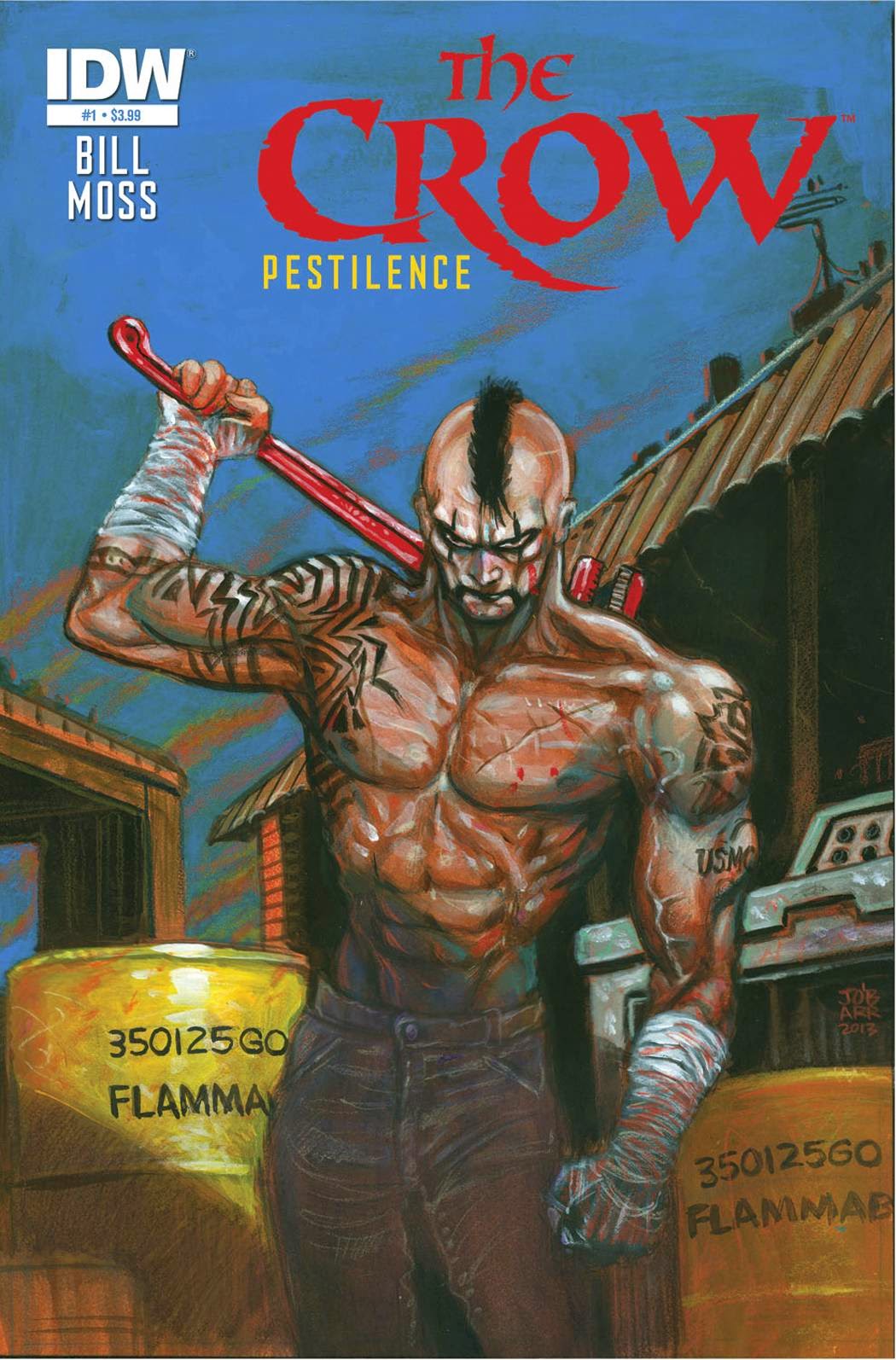 
Juarez, Mexico. A young boxer, Salvador, refuses to take a fall, but has no problem taking a vicious drug gang's pay-off.

When they take their lethal revenge on the Salvador and his family, he returns as THE CROW, in search of vengeance...and forgiveness.

That's when I read the last mini series called 'The Crow: Curare', a heartbreaking and harrowing tale penned by James O'Barr himself and illustrated by the criminally under rated artist Antoine Dode.  It really showed just what could be done with a good team up.  It was the same with 'Skinning the Wolves', although to a slightly lesser degree.  With the momentum set by those titles, I had very high hopes for 'Pestilence'.

After reading this, the first issue, I have to admit that I'm not really sure about this one.  I enjoyed the story and the introduction of the characters themselves but something felt a bit like something was missing yet I couldn't place my finger on why.

Don't get me wrong, it was a good first issue.  I liked how they really made it feel dirty and gritty throughout the story itself.  The one problem for me was the 'Crow' character in that it didn't seem to be breaking any new ground.

Art wise, it's not on a par with Dode's work on 'Curare' but there are some absolutely superb panels here.  The dark and gritty feeling of the writing is really brought to life with the art here.  Drew Moss and Oliver Lee Arce do an amazing job at bringing the feeling of dread throughout the pages to the forefront.  They also bring the grimy feeling of the surroundings and of the characters alive fantastically.

All in all, while this isn't up to the high talents of the 'Curare' mini series, this is still a worthy start to the 'Pestilence' storyline.  There does feel like there is something missing but that said, I'm still interested in seeing where this story is going to go.