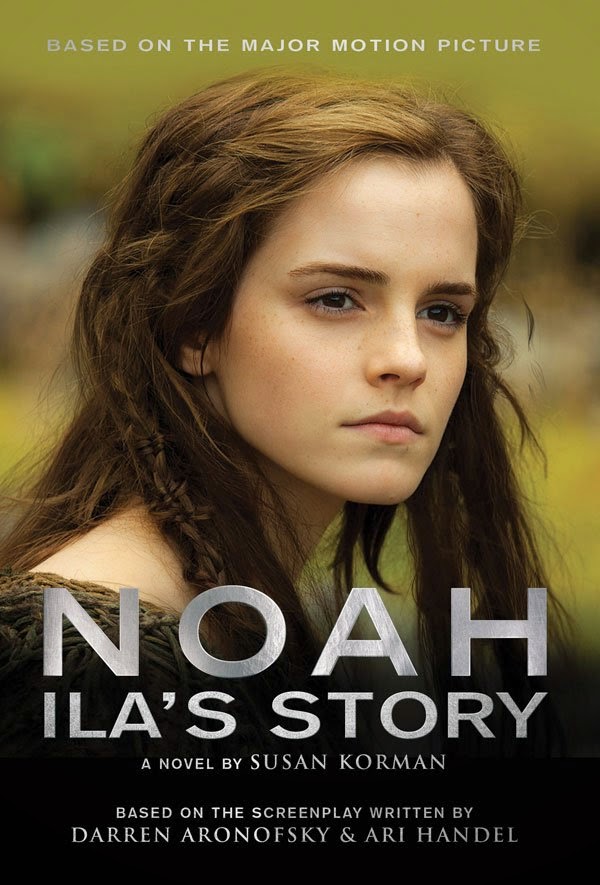 
Based on the major motion picture.

The ancient world.  A young girl, Ila, is found, injured after a violent raid.  She is taken in by Noah and his family and grows up strong and happy - she even finds love with her soulmate, Shem, Noah's son.

But when devastation comes to the world in the form of a huge flood, Ila and her new family are responsible for saving not only themselves but all life on Earth.

Against all odds they set off in the Ark, but all is not as it seems...

As events unfold, Ila has to find the power within her to help Noah in his epic quest, and ultimately save humanity.


'Ila's Story' is a young adult novel based on the screenplay for the recent big budget epic 'Noah' written by Darren Aronofsky and Ari Handel and tells the familiar story from the point of view of the young girl, Ila, who grows up with Noah and his family.

The first thing that struck me was the relatively quick pacing, which both works as a strength and a weakness for this book by Susan Korman. It works well in that, for younger readers, you are thrown in to their world and you can really get in to what is going to happen to the characters themselves.  It's a weakness because of the fact that by going for a quick pace in such a way, some of the details and background are lost in the telling.  That's a bit of a shame really because this is definitely a story that lives off of the details but at the same time, I can see why they went this route considering it was for younger readers out there.

The second thing that struck me was how Korman interpreted the characters.  We pretty much all know the story of the flood and of Noah but Korman tries to put her own spin on the tale itself.  I haven't seen the movie itself yet so I can't comment on whether or not it's true to the film but as a story, Korman manages to do some nice character work and the main character of Ila is likeable enough for you to want to continue with the story.  I wish a couple of the other characters were a little bit more on the well rounded side but what we do have here is written well enough to keep the reader interested.

All in all, while the book wasn't exactly my cup of tea so to speak, it was still pretty well written and as a young adult book, does it's job of keeping the reader interested.  I wish there had have been a little more detail in the story and with some of the characters but for for a short novel with a fast pace such as this one, it's still worth picking  up at least.