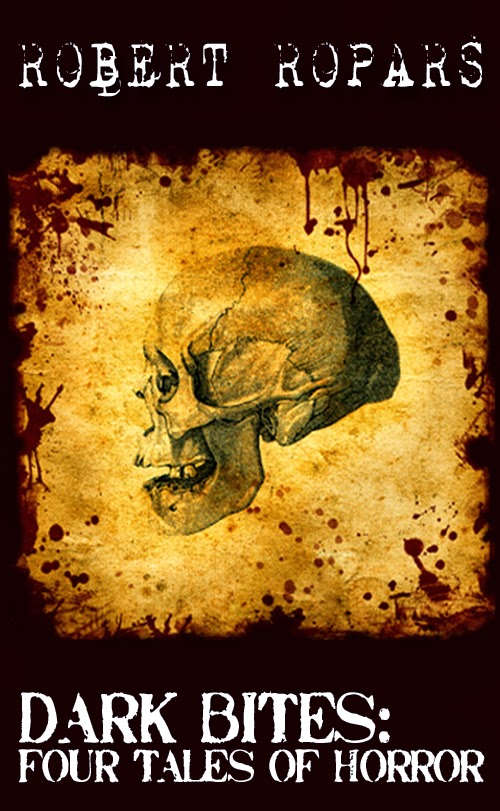 
This collection combines Dark Bites 1-4 & includes an exclusive bonus story: Part 5 - As the Crow Flies (sequel to Part 1-Windy City of the Dead).


I was lucky enough to have been sent this to review and after reading the synopsis, I was quite excited to get the chance to see what kind of spin Ropars would be able to put on the familiar creatures of the night.

However, with anthologies, you tend to find some of the stories are better than others and that is kind of the case here.  I'm not saying any of them are awful or even bad because they're not.  In fact, they're well written and have good pacing.  It's just that there were a couple of times when I would have liked to see a little bit more about the characters or in one case, a little less speed in getting to a twist.

That said, the stories we have here are well written. It's obvious that Ropars has a passion for horror and it definitely shows here in this collection of stories.  Another part that shows through is that he has a mind full of great ideas.  The only part that harmed the collection a little was that a couple of characters felt lacking and that one of the endings felt like it was little rushed compared to the others.  That said, this anthology has made me want to check out more of Ropar's work so on that front, it's more than done it's job.

The stories here come across as feeling really different from one another and that's a nice pleasant change because in some collections, the stories can tend to all merge in  to one another but that doesn't happen here.

As a horror fan, there was plenty of excitement and horror here to more than keep my attention.  In fact, I would even go so far as to say that there was enough here for horror fans  to really get excited about and definitely make Ropars a horror writer well worth watching out for.