Where The Witches Lurk: Issue 4 Review 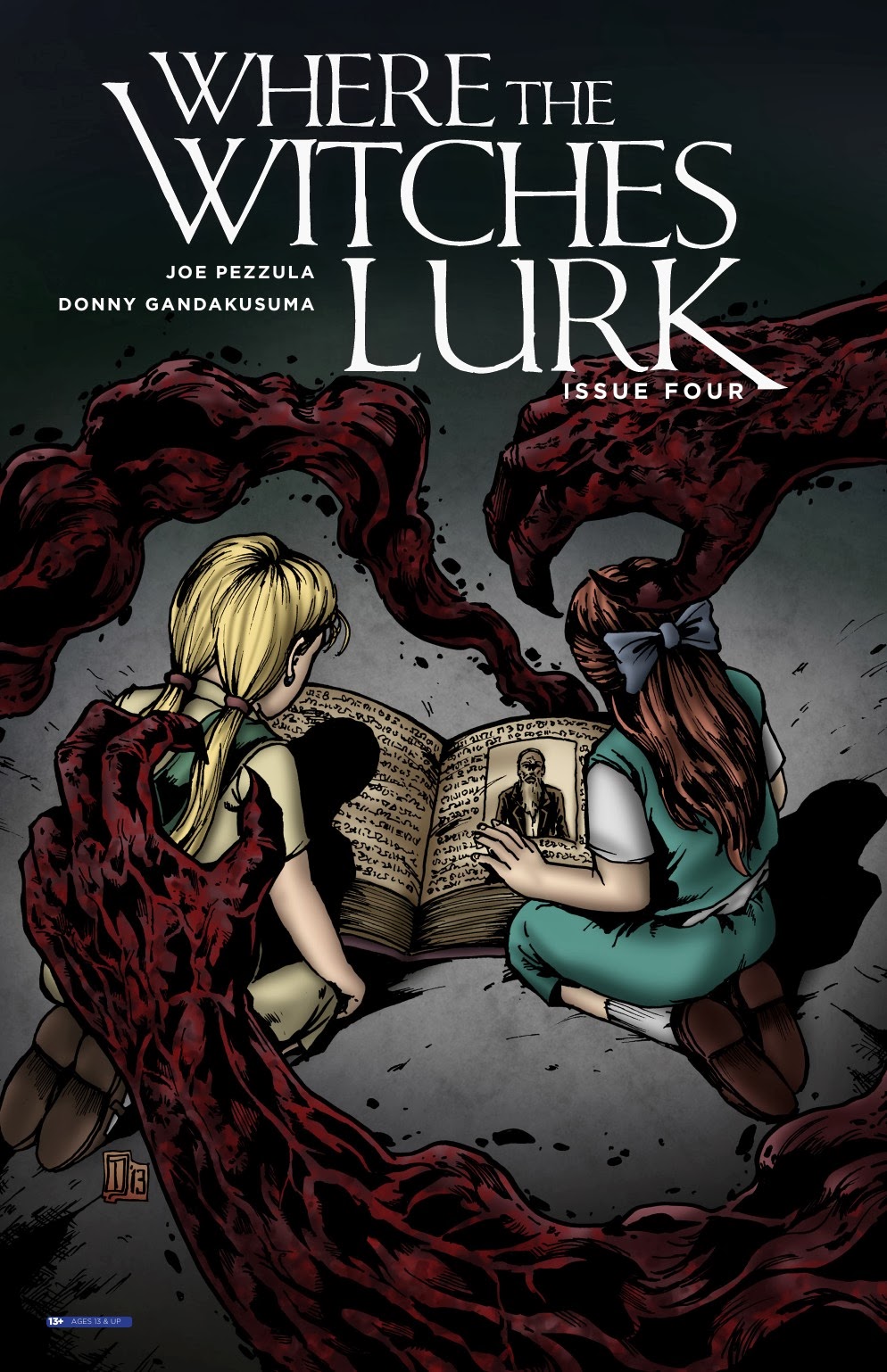 
Young witch hunters Tina and Gina seek out the weaknesses of the Dark Witch using old texts and with the help of their new ally, Sarah, who decides to reveal one of her biggest secrets.

While the girls plan their attack, Officer Fordyce comes under a mysterious dark curse, which spells nothing but trouble for the inquisitive Deputy LaMontagne.

Exciting and dark occurrences are happening in Haslow Falls as the Dark Witch's power continues to grow!


With the ending of issue three, I honestly couldn't wait to get my hands on to issue four of 'Where the Witches Lurk' by the supremely talented Joe Pezzula.  With a story that was improving with each issue, the tension was really being ramped up with each twist of the tale.

The one thing that I wondered about was that would Pezzula being able to keep that momentum going?

If this issue is anything to go by then not only has the momentum kept going to this issue, it's also definitely carrying on to the next one too.

The pacing here, one of Pezzula's strengths by far, is brilliant.  You are honestly not given a single moment to breathe.  The action moves along at a fast pace and really hooks you in.  You're thrown straight in to the aftermath of issue three but there's no time for the characters to dwell on the twists and turns that have appeared in their world.  Instead, it's straight to action stations, a call to arms so to speak.

The girls, along with their new partner in arms, are trying their best to come up with a plan to not only find their missing father but to also try to put a stop to the witch before she gets too powerful.  That's when the proverbial waste product hits the fan.

Not only do we have that main story running through the issue but we also see a bit more of Officer Fordyce as well but this time, his story takes a sinister turn.  I don't want to spoil it for you but it was nice to see what was happening to someone else during the girls story.  With the issue ending the way it does, I honestly can't wait to get to read issue 5 to see where Pezzula is going to take the characters next.  I also can't wait to see if the girls will win the 'race against time' so to speak.

Another thing that has improved massively as the issues have gone on is the art work.  Here, the action and the characters really leap off of the page at the reader.  That's most true on the scenes involving see just how the witch uses her powers.  Another thing that I really liked was the detailing on the characters as well.  The facial expressions really work well with Pezzula's writing without falling in to over the top melodrama.

If you have been following this series then you know what kind of quality to expect from these guys but that quality seems to be improving with each passing issue.  There are some great twists and turns for the readers to hook their teeth in to as well as an ending that just begs you to grab the next installment.  Definitely a title worth picking up in your pull list.