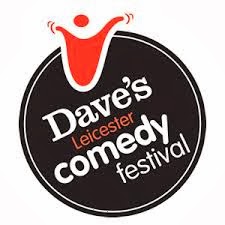 
If you are British, you love a pun. It’s practically the law. So we thought we’d have a UK-wide contest to find the pun champion of the year.

Join us as some of the best comedians from across the UK fight it out to the bitter end.


With a smartly dressed Lee Nelson looking completely different from his normal outfit of tracksuit and cap, you would have wondered just what you had walked in to.  Would Nelson be on his best behavior or would he be his normal crude joke filled self?

Well, within a couple of seconds of taking the stage, the doubt that he may have told to be a good boy was quickly removed.

The night started well with some great banter between Nelson and the crowd that really warmed them up for the proceedings.  After a quick explanation of the rules, the first annual UK Pun Championships were underway.

With a set of eight people, we knew that the jokes would come thick and fast.  That's exactly what happened.  Some of the puns were hysterically funny, some were groan worthy and most of them would be being stolen by the crowd to be retold down the pub or at work.  There were some absolute cracking jokes told through out the rounds and I must admit, some absolutely awful ones but that was part of the fun.

One of the strongest parts of the evening was the banter between the contestants, especially from Hegarty and Walsh, the eventual finalists.  It was a bit like watching your mates taking the mickey out of each other while drunk and at the pub.  The fact that we were all packed like sardines in to the venue probably helped that too but it also created a close knit feeling amongst the audience too.

With the final upon us, we were treated to a real battle of wits with some back and forth banter and jokes  from Darren Walsh and Sean Hegarty.  They had obviously saved the best til last and the crowd, who had chosen each rounds winners themselves, had most definitely chosen well.  In the end the final really could have gone either way but the winner was chosen as Darren Walsh after a hail of jokes won the crowd over.

All in all, this was a fantastic night at the Leicester branch of Just the Tonic as well as a brilliant debut for the UK Pun Championships put on by Dave's Leicester Comedy Festival and I am definitely hoping for a repeat next year.