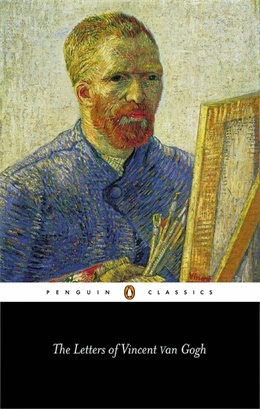 
‘Be clearly aware of the stars and infinity on high. Then life seems almost enchanted after all’

Few artists’ letters are as self-revelatory as Vincent Van Gogh’s, and the selection included here, spanning the whole of his artistic career, sheds light on every facet of the life and work of this complex and tortured man.

Engaging candidly and movingly with his religious struggles, his ill-fated search for love, his intense relationship with his brother Theo and his attacks of mental illness, the letters contradict the popular image of Van Gogh as an anti-social madman and a martyr to art, showing instead that he was capable of great emotional and spiritual depths.

Above all, they stand as an intense personal narrative of artistic development and a unique account of the process of creation.

The letters are linked by explanatory biographical passages, revealing Van Gogh’s inner journey as well as the outer facts of his life. This edition includes the drawings that originally illustrated the letters.

‘If ever there was any doubt that Van Gogh’s letters belong beside those great classics of artistic self-revelation, Cellini’s autobiography and Delacroix’s journal, this excellent edition dispels it’


Vincent van Gogh is one of my heroes for many reasons.  The first is obviously his art that is painfully beautiful that it brings a tear to my eyes whenever I get the cherished chance to get to see them.  The second is how he managed to create some of the most beautiful things the world has ever seen all while drowning under the blanket of darkness that is known as depression.

As a sufferer of depression myself, these letters really struck an emotional chord with me.  Many times while reading this, I couldn't help but well up.

The letters here really dispel the myth that van Gogh was little more than an angry, antisocial man that went on to kill himself.  Instead they show a man of so many layers.  A man struggling with religion, a man hurt by his ill fated search for someone to just love him for him, the intense relationship with his brother, Theo, and his horrible attacks of mental illness and depression.

The letters, as a reader, touched me to my very heart and really put forth the feeling that not only was and is he the one of the greatest artists the world has ever known but also that he was a sympathetic, great man that deserved more love and respect in his lifetime than he ever ended up getting.

Linked by the biographical passages explaining the stories behind the letters and the moments of his life that surrounded him, they really help to understand the great man himself and the situations that made him in to who he is.

One mistake that you can make when thinking about Van Gogh is to feel nothing but sadness for his life.  To feel like it was a wasted chance for a man to live when all he wanted was someone to love and respect him.  That would be a real shame because he had such a beautiful soul and mind amongst all that pain and sadness.  That is why not only is he a legendary artist but a legendary man in history too.