Serenity: Leaves on the Wind - Issue One Review 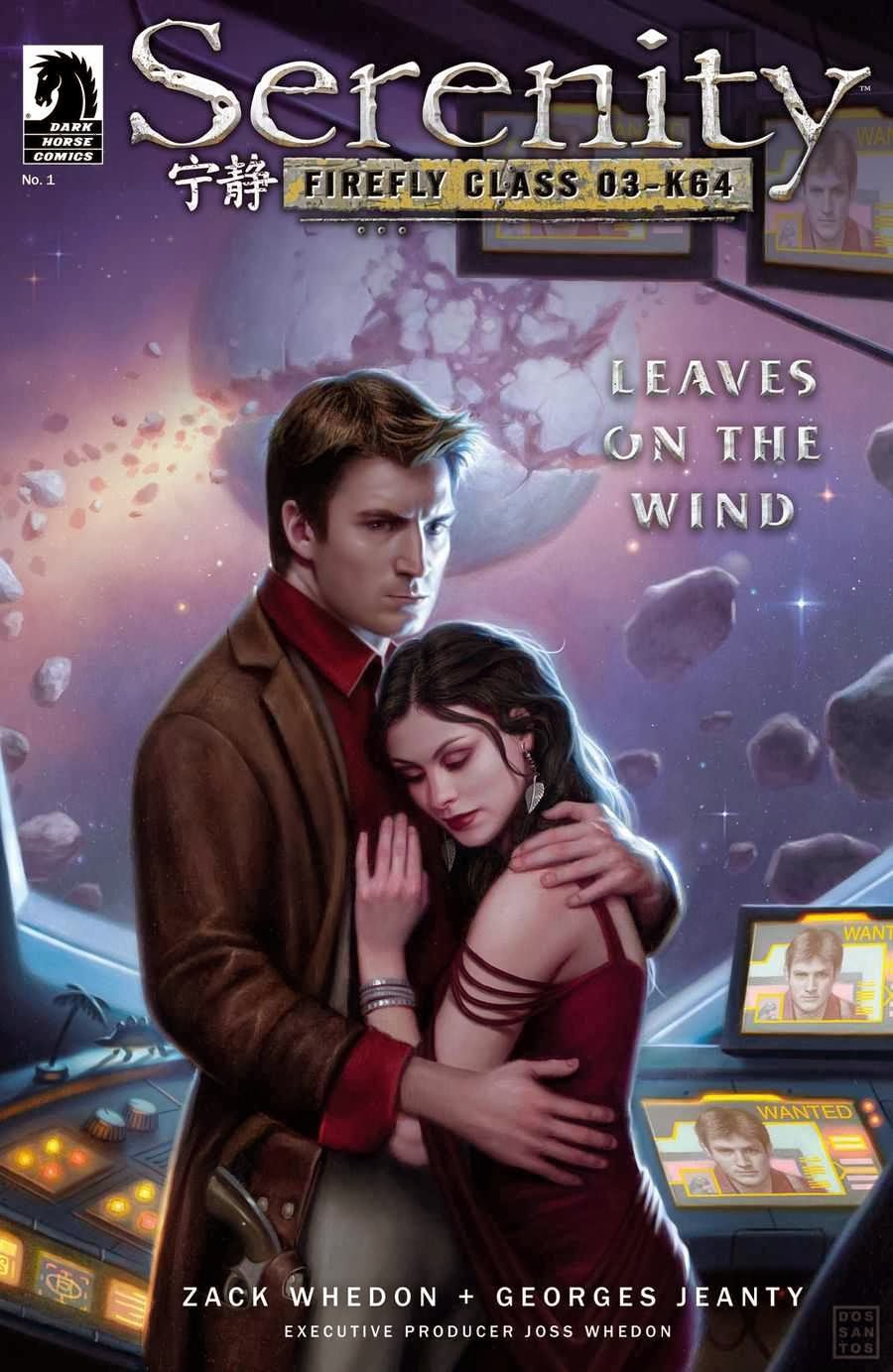 
Malcolm Reynolds’s crew shook the ’verse to its core when they laid bare the crimes against humanity undertaken by their sinister government—the Alliance. Always outlaws, Mal, a very pregnant Zoe, new pilot River Tam, and the other surviving crew members are in greater danger than ever. Meanwhile, everyone is asking the same question . . .

As a gigantic fan of the television series 'Firefly' and of the ensuing movie 'Serenity' as well as of Joss Whedon's work, that when I saw this on the racks at the comic shop, I knew I had to grab hold of it straight away.

Well, I was definitely not disappointed.

After the events of the 'Serenity' movie, I couldn't wait to see where the story of Mal Reynolds and his plucky crew were going to be taken next.

Here, this is the perfect start for such a series.  It was almost as if the characters hadn't been away at all.  Also, it felt just like I was reading an episode of the television series itself instead of watching it.

The set ups for the twists and turns in the story feel just like they did in the show and Zack Whedon has done a truly brilliant job of making this comic series feel completely authentic for the fans.  The plot moves along at a cracking pace and when it hurtles to the end, I just couldn't wait for issue two.  I really enjoyed how they handled the fallout from the show and the spin off movie as well.

Art wise, there is a some absolutely superb work here by the brilliant Georges Jeanty.  One of the problems with doing a spin off title such as this one is that you need to keep the title incredibly close to it's source material or you risk alienating the fans but you have to try to breathe a new lease of life in to it somehow.  Sometimes you get titles that straddle that line really well and others are just downright awful.  Here, Jeanty does a great job of not only making the characters look like their television counterparts but also putting a new spin on them as well.  Not many artists can do as good a job as Jeanty has here but the art alone has made me massively eager to get my hands on the next issue.

All in all, add the fabulous writing and artwork combination together and then throw in a superb cover by Dan Dos Santos, although there is a variant cover by Jeanty too, and you have an essential  purchase not only for the fans of 'Firefly' and 'Serenity' but also for fans of well written and gorgeously drawn science fiction.