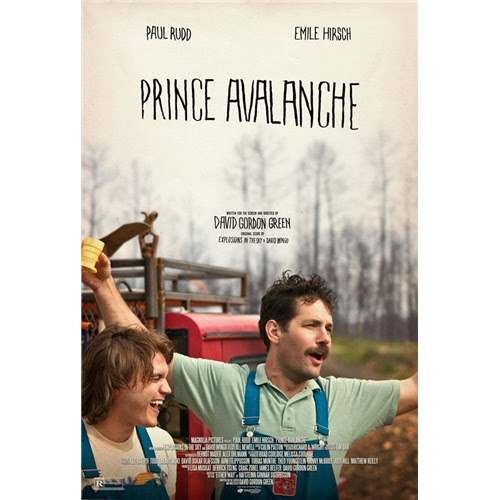 Based on the movie 'Either Way' by Hafsteinn Gunnar Sigurasson

A Muskat Filmed Properties, Rough House Pictures, Dogfish Pictures, To Get to the Other Side Productions Film


Two highway road workers spend the summer of 1988 away from their city lives. The isolated landscape becomes a place of misadventure as the men find themselves at odds with each other and the women they left behind.


As someone who has seen a lot of movies starring Paul Rudd and after seeing him cast in the forthcoming 'Ant Man' movie, I have always found him to be a capable actor but someone who takes a lot of hit and miss movies.

When I went in to this movie, I had seen a couple of reviews saying just how good the acting was and how much of a touching story the movie it was that I couldn't help but become eager to stick it in to my DVD player and see the story itself just wash over me.

The one thing that struck me about the movie is that while it is classed as a comedy drama, to dismiss it as merely that would be a real shame.  In fact, it's much more than that.  What we have here is a well paced, well written and quite small scale story of the friendship and regrets of two men.

The writing is absolutely top notch and very much a return to form for David Gordon Green.  Green had fallen a little bit quality wise with his movies after the disappointing 'Your Highness' and the awful 'The Sitter', but here he comes back to  what he does best.  Small scale stories that look at the way people go through their life and the way they deal with the relationships that life throw at them.  To say that this movie is little more than an 'odd couple' comedy would be an absolute shame because it's really not that at all.  It's an intelligent and heartwarming movie about life, regrets and even moving on.

Cast wise, the movie rests on the shoulders of Paul Rudd and Emile Hirsch.  Hirsch, star of the forthcoming 'Bonnie and Clyde' television mini-series, has always been a personal favorite of mine.  He always seems to bring a quality to any movie or television show that he is.  There's also Paul Rudd as well and the pair work really well together.  In fact, the pairing work really well in this dialogue heavy movie.  That said, out of the two, this is definitely Paul Rudd's movie by far.

Another star of the movie is the cinematography.  The surroundings, the editing and the cuts really fit together like a perfect jigsaw.  It's almost  as if together, they make a completely separate character for the movie.

All in all, this is a superb movie.  Two great performances, one in particular from Paul Rudd, really make this funny yet subtle and sparse movie well worth watching.

'Prince Avalanche' is released to buy on February 10th.
Posted by Pat Scattergood at 13:07