I Am Michael Watcher: Issue One Review 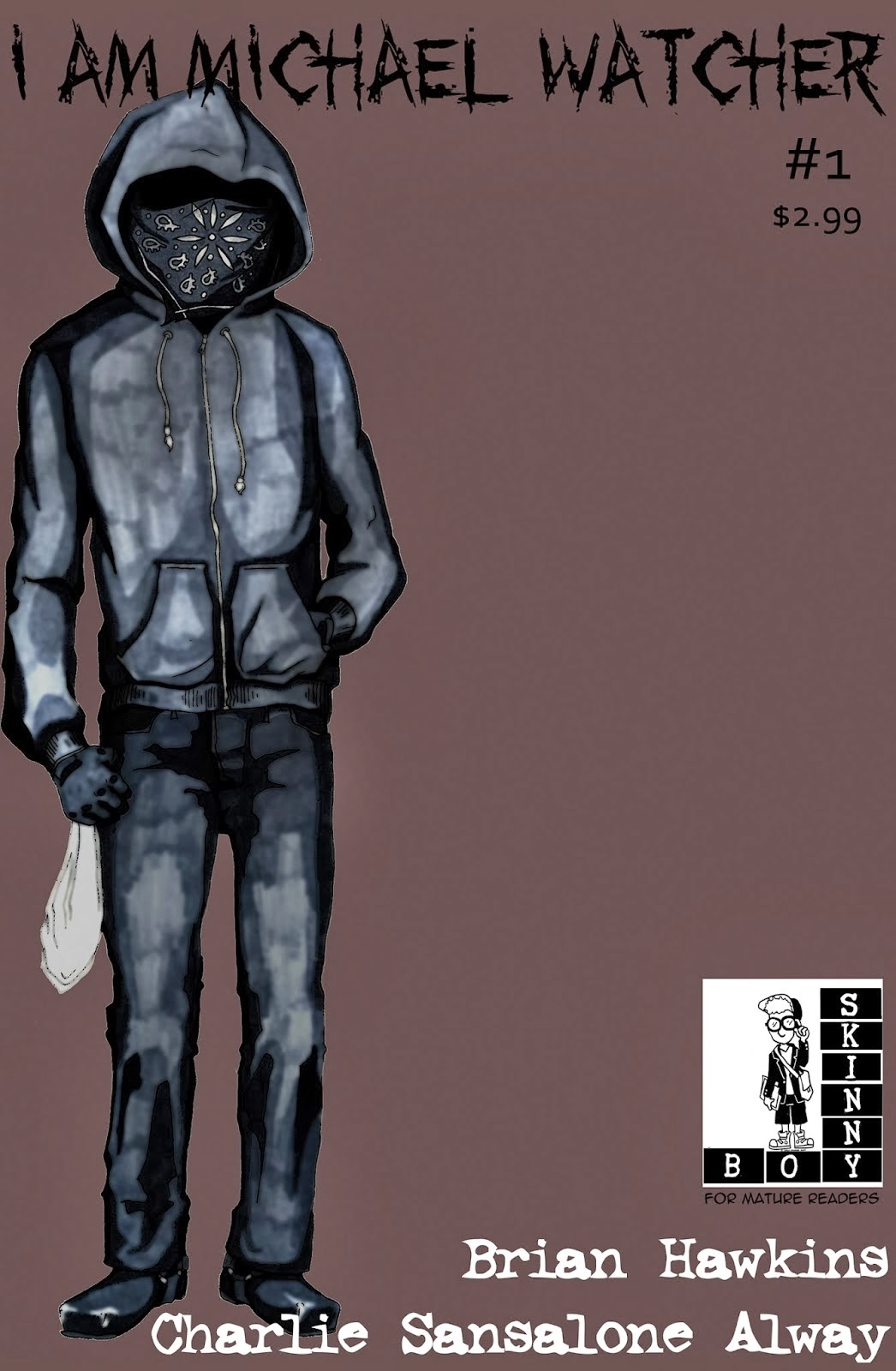 
Luqas Cohen wakes up missing two weeks of his life and finds that he has a tattoo that reads." I Am Michael Watcher."

Unknowingly to him, the same tattoo is the calling card for a killer that has killed three students at the academy he attends during the time he went missing.


I've been reading comics for a couple of decades now and have read loads of different types of stories.  Crime, film noir, horror, superhero.  Pretty much anything that sounds interesting then I'll give it a read.  It's the same with the publishers.  I'll read stuff from the big two but also read self published work, indie comics and everything in between.

Just recently, I've actually started to get a bit disillusioned with both DC and Marvel so I started to look for more and more indie and self published comics.  That's when I stumbled upon this title after seeing the writer asking for someone to review the title.

After having a read of this psychological thriller / horror title, a couple of things really impressed me.  The pace of the story works really well to it's advantage.  In fact, it felt a bit like reading a comic book version of  an early 80's video nasty.  Some of the scenes and the way they have been written made me think that they wouldn't have been out of place in an 80's movie.

The story itself isn't all that original so to speak.  The idea of someone having blackouts and there being murders in those times have been done before yet with the writing here, it really feels like it gets under your skin.  I went panel from panel to see what was going to happen next and loved a couple of the revelations.

It's the same with the art.  It's quite distinctive in that it's not at all polished like you would expect from a publisher such as DC, Marvel or someone of that ilk.  That's one of the things that I liked the most about it though.  The fact that it's unpolished and a bit rough around the edges really gives it that grimy movie feel that I mentioned earlier.  The style of art really brings the violence and blood to the forefront of the comic and while it won't be to everyone's liking, I did really like it.  If the art was more polished or clearer then I don't think the story would be half as effective as it is.

All in all, while it may not be to everyone's tastes, I still think that this is a title that I will be keeping an eye on.  I have to admit that I didn't like the cover very much as I don't think it showed the dark, psychological theme of the comic itself.  That said the old saying of never judge a book by it's cover definitely rings true here.  The story itself works well and really gets under the readers skin and personally, I can't wait to see where issue two is going to go.