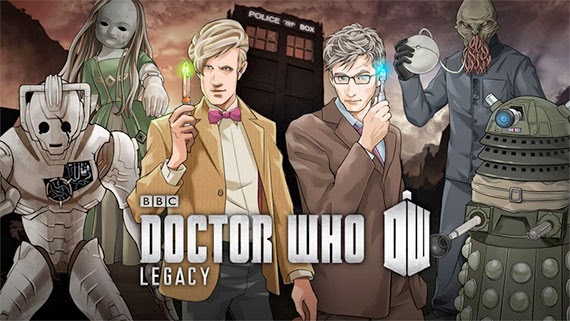 
Team up with your favorite Doctor and head back through time - revisit your favorite episodes from the TV series and build a team of your favorite companions and allies including Clara, Rory, Amy, River, Sarah Jane, K-9 and dozens more, each of which has their own abilities to help you solve the infinite number of puzzles you’ll face.


I had heard many, many good things about this game.  A chance to play as loads of the different versions of the Doctor, many characters from the show as well as fighting some of the most famous enemies the Doctor has ever fought against?  Yes please, I'll give that a go.

That's when I said goodbye to any spare time and quiet moments that I may have had.  I'm a father so I didn't have many to begin with but this game has pretty much eaten all of those.

As a 'Whovian' the chance to play as the classic Doctors, I currently have McCoy, McGann, Colin Baker and Pertwee on my team as well as Tennant and Smith from the current eras, was too good a chance to pass up.  You go through the levels trying to match different colored gems in order to get your characters to level up and defeat the enemies on the screen.

The game itself sounds dead simple and on paper it is.  In practice however, it's fair from that easy.  In fact, not only is it massively addictive, it's also one of those sorts of games where you feel the need to unlock every character that you can possibly find in the game. 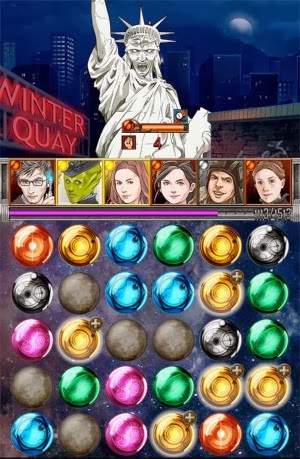 With the sheer amount of characters you can unlock, and with the promise of yet more to come, the Doctor Who fans out there are going completely crazy for this game and rightfully so.  Unlike mobile games such as 'Candy Crush Saga' where you either have to pay to continue or bug the daylights out of your friends to continue in the game, this one is completely different because even though there is the option to buy the crystals you need to retry levels after you've run out of them but the difference being that you don't have to.  Absolutely everything in the game can be unlocked and earned if you play enough times.  I did like that change to the other mobile games out there.

The graphics, won't blow you away, but are drawn so well that they look like their television counterparts, just in a cartoon style.  When the game has many levels based on actual episodes, that's a massively brilliant hook for the casual and hardcore fans out there.

I can't help but urge you to get this free game.  It's fun, addictive, a treat for the fans and let's be honest, it absolutely blows other Doctor Who games out of the water.  Especially the awful 'Doctor Who: Return to Earth' game that came out a while back.