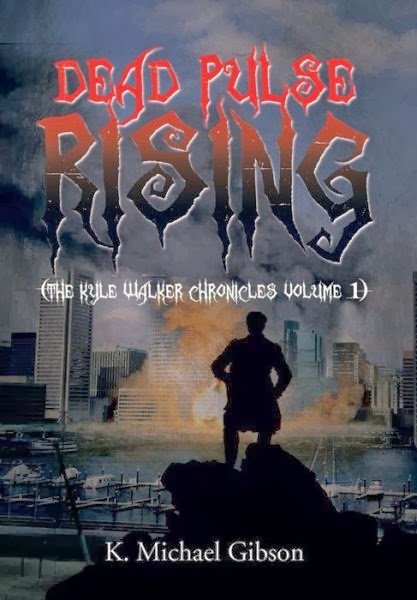 
Bioweapon or plague of Mother Nature, Kyle Walker Holds the Key. He just doesn't know it yet.

Hunted by his own government, stalked by the people he once protected Kyle is faced with an impossible choice: Save all of humanity or rescue the family that he loves.

What would you do?


As a reviewer and blogger, I've read a lot of zombie stories and watched a lot of zombie movies as well to the point where it was started to feel a bit like overkill.  Then came the superb books by Joseph Souza and they reinvigorated my love for the genre.  Since then, I come in to reading a new one with renewed hope that I will get an exciting and action packed story.

The one question that I had before reading this book was would this debut novel by K. Michael Gibson match those heavy heights?

Well, the answer to that my zombie loving friends is a resounding yes.

Let's get one thing straight.  This is not like the brilliant Joseph Souza books.  They both have massively distinctive voices and that really hooked me in.  Gibson has a fast paced and action packed style that really grabs the reader and holds them in a death grip until the end of the book itself.

You could literally hear the flesh being torn off of the bodies of the victims, feel the pain of the afflicted.  Gibson's writing had a way of really getting you involved in the story and in the world that he has created for the characters to live and die in.  One of the weird things about this book is that while there are a few parts that seemed a little far fetched, Gibson's writing made them feel utterly plausible and like they really could happen.  That helped to get the story under my skin and made me want to read page after page to see what was going to happen next.

In the zombie genre, writers tend to gloss over their characters and that makes them all seemingly merge in to one.  That's a real shame because then the reader has no emotional link to the people involved and that hurts the story.  Here, that's not the case at all.  It's obviously the first book in a series so therefore you don't get to find out absolutely everything about the characters here.  For some readers, that might be a problem but I have personally always wondered why some readers seem to want everything spelled out for them but then complain that there is no new revelations in the next book.  Here, after that ending, I can't wait to see where the characters are going to go next, to see what new twists and turns Gibson is going to revel to his readers next.

If you want your zombie novels fast paced, balls to the wall and full of action then this is most definitely a book well worth picking up.  You can really tell that Gibson himself has an easy going relationship with nature and that he has a link to law enforcement with the little nods and links added in his story and with his characters.

I, for one, can't wait for get my hands on the next book in the series, especially after this superb debut.