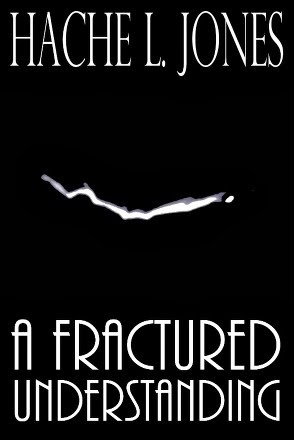 
In "A Fractured Understanding", Little Keira Brett had a best friend. The trouble is that no-one but Keira could see or hear her. Everyone thought that Keira’s imaginary friend would disappear once she started school, but she didn’t. She didn’t disappear when Keira started secondary school either – or when she reached her teens. Her parents found very different ways to deal with it – or not deal with it to be more precise. And then suddenly, just before Keira’s 16th birthday, her friend did, at last, disappear... but she wasn't the only one.

A Fractured Understanding is the debut novelette by Hache L. Jones. It is a tense, spooky, psychological drama that will have you reading with bated breath to the very last word.


As a fan of the series of stories put out by Kensington Gore, there was a lot of expectation placed on his novella when it came out as the man won't put his name on just anything.

I came in to knowing about Jones' writing when she had a story that appeared in the charity anthology that I appeared in called 'Kensington Gore's Twisted Tails' and was majorly impressed with her writing.  She seemed to have a simple yet addictive style to it.

When I started to read this novella, the short length had me wondering if she would be able to fit a lot of story in to such a short space.

After I finished reading this novella I realised that was a bit of a redundant worry.  In 'A Fractured Understanding', Hache L. Jones has managed to fit more story in to this short page count than many authors fit in to a book three times the length.

One of the things that I noticed about the story itself is just how much the story can creep under the skin and hook you in to wanting to read every single moment of it.  There are so many nuances and layers that you can read this  many times and notice something new each time.

When you get to the end it will leave you both surprised and cold at the same time.  When I reached the ending crescendo I was a little disappointed but in a good way because I honestly didn't want the story to end.  I'm living in the hope that there will be be another story in the same vein or another story by Jones very soon.

I also really liked the simple yet stark cover to this one.  The simplicity of it really lets the mind wander as to just what the story is actually about.

The best way to describe this, the first release by the new Kensington Gore Publishing label, is incredible and I can't recommend it high enough.  If you are familiar with Jones then you know how good a writer she is and that is most definitely on show here.  If however you're not familiar with her work then this is a superb introduction to just how good she really is.