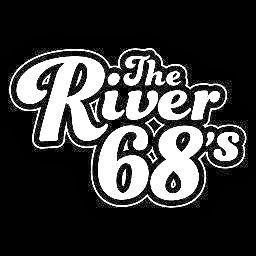 
The River 68's were formed in Scotland and gained a legion of fans through hard work, touring and also through getting a ton of air play for the song 'Just the Way (The You Do It)' from major stations such as Radio One.  Recently seen on tour with The Darkness, they have been gaining more and more fans with each show.


After being blown away by the unique mix of roots style blues and rock, I was quite eager to get my hands on this E.P. so I lined up and even managed to get a signed copy.

When I got home from the gig in Leicester that they opened for The Darkness in, I stuck the CD in to my player and sat back, ready to hear some more of their layered rock to burst through my speakers.  The one thing that worried me was that I was curious as to how their sounds would sound when not in a live setting.   Would they match how good they sounded at the gig?  Would being a polished recording hurt the rawness of the songs?

I need not have worried because the band have done a fantastic job of bringing the music to live on the E.P., which incidentally was produced by none other than Dan Hawkins from the band The Darkness.

One of the things that grabbed me was the fact that the influences that bands such as Led Zeppelin and the like have had on The River 68's is more evident here but I don't mean that in a bad way at all.  You really do have a bit of everything for the discerning music fan here.  There are layers of blues, classic rock, even a bit of southern rock thrown in but they mixed the genres well and in fact, they sound like they wouldn't sound out of place in an episode of 'Sons of Anarchy'.

The highlight of the E.P. for me was definitely the track 'I'm Alive', which just shines out fantastically well with some brilliant guitar work.

It's obvious why The Darkness chose this band to open up and support them on their recent flurry of gigs across the country.  Their sound really got the crowd ramped up and excited and that comes across very well here.  I, for one, am going to be keeping an eye on this band.  Big things are going to be on the horizon for this band so grab a copy from them while you can.