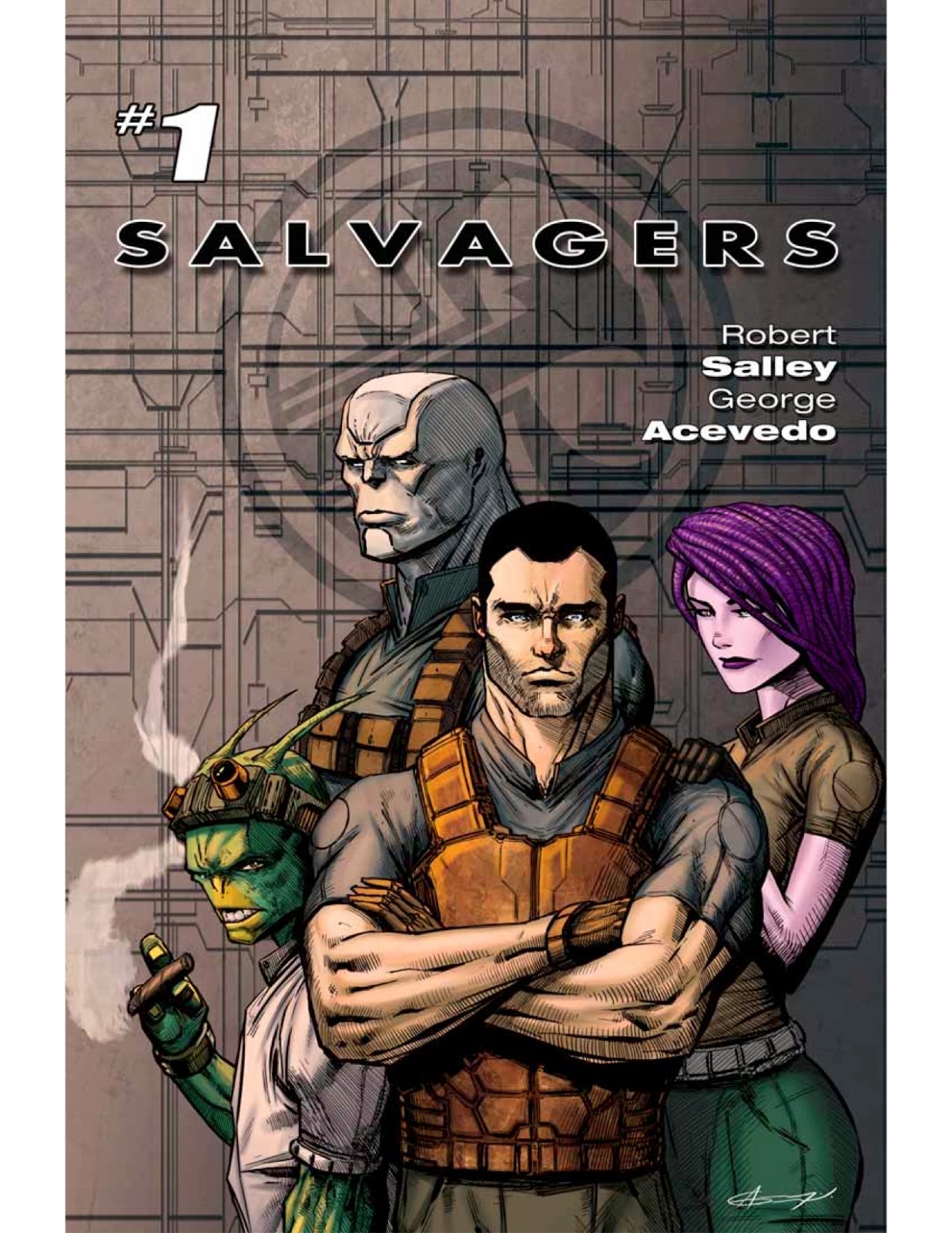 
In the distant future, the habitable planets are connected through trade of natural and artificial resources. The import and export business is flourishing for some systems, while leaving others at the mercy of major trade corporations.

After the Galactic War ended, peace blanketed the galaxy; however, planets with little shipping resources turned to piracy or developed small guerilla military units geared to pillage trade ships. This spawned the necessity for trade companies to hire private security contractors for protection.

Even under the security of peacetime, there is no shortage of violence in outer space; from looting raiders, Navy destroyers neutralizing a rebel movement to the simplest space station falling victim to a rogue asteroid.
These destroyed or abandoned ships and stations are classified as “wrecks”.

Licensed crews are commissioned by governments, empires and corporations to remove these wrecks. In a hostile galaxy, the risk and reward is high for these crews.

They are known as… the SALVAGERS .


When I was introduced to this title through the Facebook page for the title, I must admit that it sounded most definitely up my street so to speak.  Or in this case, right up my space.

As soon as I opened up the first issue I was struck by the good pacing of the story itself.  You are introduced to the characters quickly and then slapped straight in to the action.  There are a few nods and pointers to both what may have happened and what may just happen next and I loved that approach.  The last thing I like in a comic book is when the writers spell everything out for you straight away.  You don't get that here because they take a slightly slower approach on that front.

One of the things that struck me was that it reminded me a little bit of a mix between 'Star Wars' and 'The Dire Earth' trilogy by Jason M. Hough yet it still has it's own voice.  I loved that about 'Salvagers'  and the writing that really drops you in to the story has most definitely made me want to check out the second issue.

I really liked the art in this issue.  I hadn't seen any of George Acevedo's work before but on the strength of the work here I will definitely check out more.  I loved how the art looked both like it wouldn't be out of place in a series like the original 'Battlestar Galactica' or something of that ilk.  I also liked how they made the work here look both futuristic yet dirty and grimy at the same time.

If you like your action packed science fiction then you will love this title.  I, for one, will definitely be getting my hands on the second issue, especially after the cliffhanger of this issue.  I also want to see which of the questions raised in this installment get answered in the next issue.