The Hardest Working Man in Horror: A Look At Bill Oberst Jr. 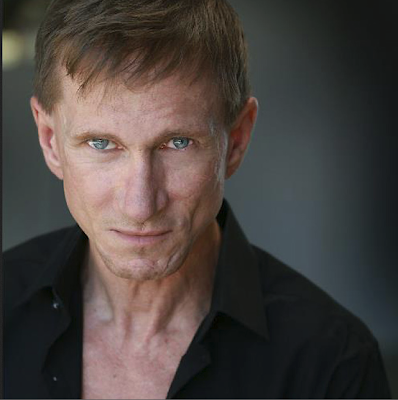 
For as long as I have been able to watch movies, I've always loved the darker side of cinema.  Horror movies of all kinds fill my collection ranging from the old Universal Studio horrors from the 30's right up to today's horror movies.

However, there is one actor whose name will pretty much insure that I'll pick the movie up and take a look at it.  A name you may  not know straight away but believe me, if you have seen a horror movie at all during your life then there  is a fairly big chance you've seen him in something.

That name is Bill Oberst Jr.

Oberst Jr., seems to be the go to guy for wonderfully creepy performances because he quite literally inhabits the characters he plays.  You honestly come away from the movie believing that he is that character.  Even if the movie is a no budget, cheesy horror, you can count on him to pull a superb performance out the bag so to speak.  Along with any weapons or body parts in some cases. 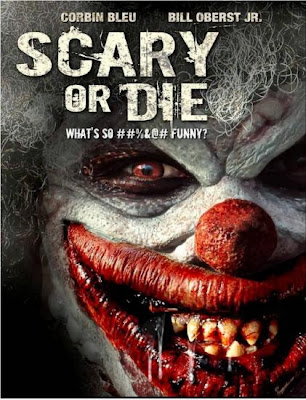 However, he's not just a horror actor.  While he is best known for his wonderfully prolific and varied horror work, he's just as at home in family movies such as 'The Princess and the Pony' or on the stage playing parts such as Jesus in 'Jesus of Nazareth', John F. Kennedy  in 'JFK' and much more.  He has even created a one man show in the form of 'Stand Up!  When Comedy Was Funny' that features routines from such legends as Bob Newhart and Woody Allen.

Oberst Jr. really seems to relish playing historical characters.  Normally his performances give whatever style of movie or stage show that he is in a touch of class and charm.  The most recent of these performances is as Abraham Lincoln himself in the movie 'Abraham Lincoln vs Zombies'.  Produced by the famous, or infamous depending on your opinion, company name The Asylum, it was their answer to the movie 'Abraham Lincoln: Vampire Hunter' and to be honest, it was Bill's performance that absolutely made  the movie for me as a horror fan. While the movie itself seemed to be panned by critics, although most movies made by The Asylum are, his performance as Lincoln earned him a best actor award at the Shocker Awards ceremony during the Shockfest Film Festival in California in 2012.

Plus it was nice to see him playing a hero for once too! 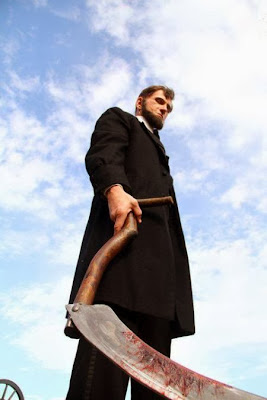 With so many horror roles to choose from to watch and a lot more coming in the future is it any wonder that the wonderfully prolific Bill Oberst Jr. is known as the hardest working man in horror?