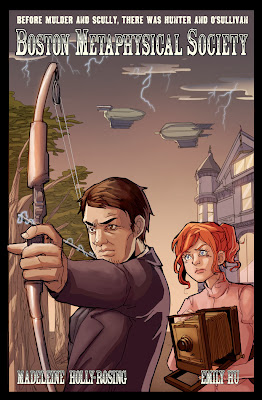 The popular mini-series has a Kickstarter campaign that is currently live and we here at Curiosity of a Social Misfit are proud to bring it to our readers.

Boston Metaphysical Society needs your help to finish the last three issues in the mini-series and print all six into a softbound book.

The year is 1895...An evil from a parallel dimension escaped and now roams the city of Boston. The world has developed along the lines of Steampunk technology. Here exists steam driven rudimentary computers and electronics. And dirigibles rule the sky.

But with it comes social and political upheaval as not everyone is comfortable with change. In fact, many people fear it. That fear and the violence that followed caused a psychic rift to puncture the veil of space and time allowing the entity known as "The Shifter" to escape. Feeding on the resentment and fear between the rich and poor, “The Shifter” triggers a rash of murders. 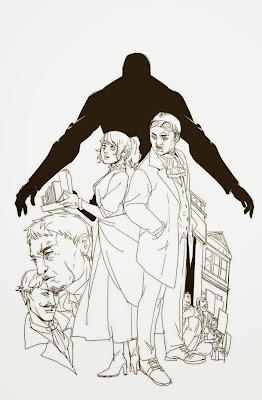 Four of the greatest minds of the time have banded together to try and stop this malevolent entity.

Against their better judgment, they look to a man driven by revenge – Samuel Hunter.

For the one mistake The Shifter made was killing Samuel's wife.  An ex-Pinkerton detective, Samuel gathers his unlikely team of…

Caitlin Sullivan, medium and spirit photographer and Granville Woods, Scientist Extraordinaire.  Together they are the Boston Metaphysical Society.

Their job: stop The Shifter before Boston tears itself apart! 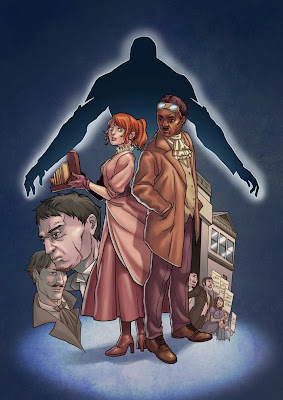 The Story Behind The Boston Metaphysical Society

BOSTON METAPHYSICAL SOCIETY began as a TV Pilot which I wrote while I was in the MFA Program in Screenwriting at UCLA. Everyone told me it would make a great comic so I adapted the original story into a six issue mini-series. After that I went looking for an artist. Many months later, I met Emily Hu through a mutual friend and a partnership was born. Her passion for the project matched my own, so I knew the story was in good hands. I launched BOSTON METAPHYSICAL SOCIETY as a webcomic in May of 2012. The first two chapters are up and the third has just debuted.

However by wading into the deep end of the pool, I discovered a terrible truth – I love writing comics.
So here I am with three chapters done and three more to go. That’s when I realized another terrible truth – making comics is expensive.

My husband and I believe in this project so much that we have spent our own money completing the first three chapters. But our pocket book is not infinite so we need your help to finish the last three chapters in this series.

Besides, I know you want to know the truth about “The Shifter.” 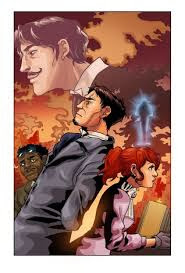 Where the money goes:
Your backing would enable us to complete the final three issues in the series and print all six issues in a soft-bound book (136 pages). To break it down further, your support would be paying for the following: My fabulous artist, Emily Hu, the equally wonderful colorists, Gloria Caeli and Fahriza Kamaputra….And Troy Peteri, my letterer extraordinaire. Your help will also pay for the drawing, inking and coloring of an original cover and additional artwork, plus production costs, printing of the soft-bound book and shipping (which includes mailing envelopes, postage and handling.) By the way, postage will go up after the first of the year so I have to take that into account. And, of course, the Amazon fees (5% off the top, plus credit card fees.) 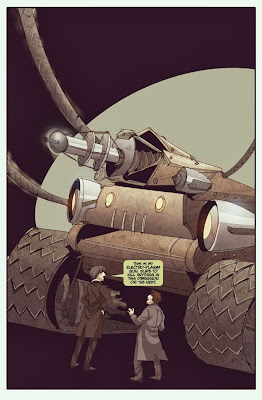 For more information on the Kickstarter and to see the amazing incentives then click here!
Posted by Pat Scattergood at 14:56