So, when it was announced that they would get a major convention in the shape of 'Nerdfest', I was very excited about getting to go.  That's when I decided to take my little lad Cyrus with me, as even though he's only four, he's comic book and superhero mad. 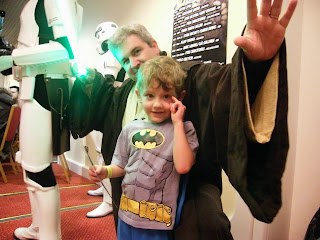 When I got to the Britannia Hotel, where the 'fest was being held, I was positively blown away at how much was there and how helpful everyone was.  It really had a good community feel to it with the people exhibiting their work there being more than happy to talk to anyone that wanted to have a chat. 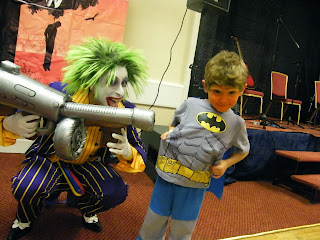 There were some very good and incredibly talented people there.  You had Reckless Hero, Haylestorm Comics and way too many to sit and list here.  Plus if I sat here listing them all you'd probably get very bored of reading a very  long list.

I had the pleasure of meeting some superb that I am a fan of.  Lee Sullivan took the time to not only have a chat  with my son and I but to also sign a picture of all the different versions of the Doctor for my little lad.  So did the very talented creator of 'The Almighties', Sam Johnson, who was more than happy to have a chat and to talk to his fans.  He's definitely one of the comic people to keep an eye on. 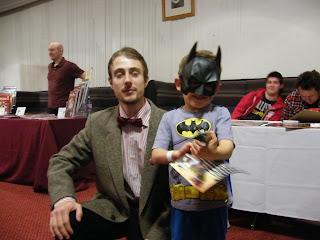 Victor Wright, creator of 'Lawless' and 'Exposed', was there and seemed incredibly busy with the fans of his work constantly at his table to talk about his titles and buy the work on show. 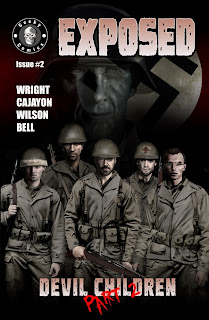 There weren't just comic book stalls however.  We had some fantastic panel chats with John McCrea, Gary Erskine, Steve Beckett, Garen Ewing, Marc Laming and Lee Sullivan, all of whom were very interesting and amiable with their fans and took great lengths to answer any questions that we all had. 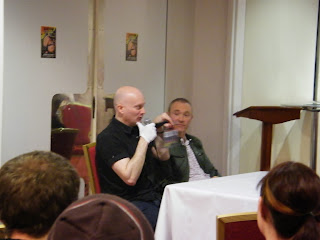 Also there was live music from Kerosene Queen, Three Thirds Below and Blind Thieves.  All of whom were fantastic at keeping the comic book fans excited about being there.

One of the best parts of the 'fest was the sheer amount of cosplay fans that came.  My little lad met quite a few of them and all were more than happy to not only get their photo's taken with him but also stayed in character when he was asking them about being the characters they were dressed as. 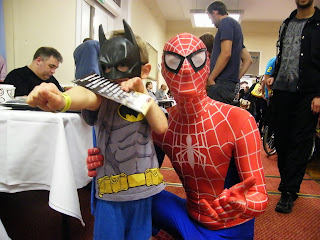 Talking of costumes I would be massively remiss if I didn't mention the breathtaking costumes that the members of the 501st UK Garrison.  There were Stormtroopers, The Stig from 'Top Gear', a Jedi, Cylon's and much more. 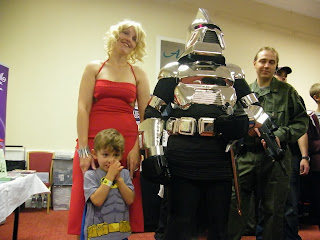 All in all, if Nerdfest is going to be an annual thing, and I hope it will, I would most definitely go there again.
Posted by Pat Scattergood at 02:08