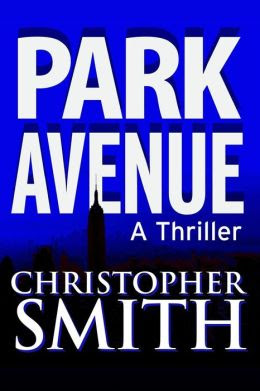 Sometimes, even after death, revenge carries on. Targets remain targets. People will die.

From the grave, one man’s will delivers the directive. Kill George Redman. Kill Leana Redman. Kill every Redman. Finish the job, crush them all, do it swiftly, rob them of their hopes, steal away their dreams.

For the Redmans, the problem is that this one man, long since deceased, is not alone in his quest to see them dead. Others are conspiring against the Redmans, which leads to a punishing series of events as they fight for their lives.

Park Avenue, which skewers New York society to its core, is the most complicated and satisfying thriller yet by #1 international best-selling novelist, Christopher Smith.

The one worry I always have about joining a series after it's already started is that I won't understand what is going on.  It takes a a very talented writer to create a book that not only entertains first time readers to the series but also rewards the long term fans.  Christopher Smith is most definitely one of the those writers and then some.

'Park Avenue' is one of those thrillers that is massively exciting, well paced and even has some great moments of humor as well.  The best way to describe his writing style in this story is that it wouldn't be out of place in an episode of 'Castle' and I mean that in the best way possible.

You have some brilliantly fleshed out characters.  It's obvious that a lot of things have happened to them during the previous novels yet not once do you feel out of the loop.  That is down to the intelligent writing by Smith.  There are some great moments where you do get a bit of the back story from the previous installments yet it's done in a way that keeps the newcomers interested and shows them something new about the characters and yet doesn't bore people that have read the other  books.  It's a fine balancing act and it's one that Christopher Smith  pulls off with a subtle and slight hand.

Weirdly, while reading  the novel, I started to get really interested in the assassins characters yet rooting for a positive outcome for the Redman's at the same time.  The characters from the main ones through to the minor ones are well written and really feel like real people.

Even if you haven't read any of the series before, don't let that put you off.  This is an absolutely brilliant book full of great characters alongside twists, turns and some great moments of humor.

Well worth picking up for fans of the 'Castle' series, thanks to the pacing and the humor and for people who like their thrillers fast yet subtle.

Posted by Pat Scattergood at 14:27