Who is the New Who?: A Look at the Newest Doctors and My View on Number 12: A Blog Entry

We've all heard by now who the new 12th Doctor is going to be played by but if you haven't then I would suggest that you might not want to read this as it has it mentioned in it.

As a long time 'Whovian', I've seen a hell of a lot of actors playing The Doctor come and go so when it was announced that they were bringing the long running show back, I was truly excited about a television show for the first time in a long time.

Since then we have had three new incarnations of the famous character with a fourth on the way so I figured that with the new one being announced on the BBC channel tonight, it was a good time to look at the newest that have come before him.  So let's start at the beginning.  Well, sort of. 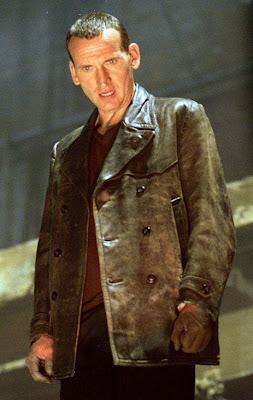 Christopher Eccleston was a very brave choice for the rebirth of the long running BBC character yet I think he was the best choice for the comeback series that they could have possibly have gone for.  Without his strong and brave portrayal of the character, we may not have gotten all the new adventures starring Tennant and Smith that we, as fans, have been lucky to get.

Eccleston's quite dark, bitter and cynical version of the character was a superb performance.  There were a couple of comic moments but his quite dry delivery of the humorous lines made them superbly funny.  The darker portrayal really added to the many layers that the character already had.

A truly brilliant choice for the 'comeback' Doctor. 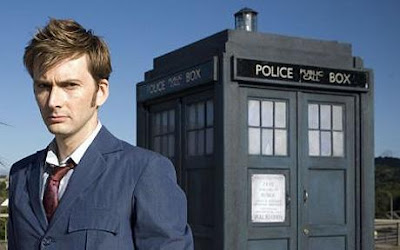 When Eccleston's Doctor regenerated at the end of the first series, we were handed a completely different portrayal of the character in the shape of David Tennant.

His fun loving and frankly insane at times portrayal really was a complete 360 from Christopher Eccleston's darker portrayal.  Yet he wasn't all hyper activity and humor, there were some superbly dark moments in his stories that Tennant truly played to perfection.  It's that skill at jumping from hyper activity to darkly bitter that make Tennant my favorite of the newest versions of the Doctor character.

Another thing that made his portrayal stand out for me was the fact that he could really get the viewers emotionally involved in the stories no matter what the subject matter.  On more than one moment in  his tenure, he managed to move me to tears.

By far the best of the three regenerations and one that will hopefully be remembered as a great Doctor, not just a great one. 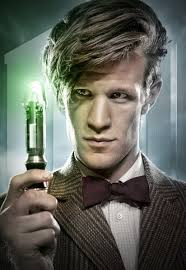 When he was cast as the replacement for the massively popular David Tennant, Matt Smith found himself at the mostly unfair end of a lot of criticism from fans of the show.  The youngest actor to have been cast in the part, Smith was mostly unknown.  For fans of trivia, his television debut was in 'The Ruby in the Smoke' starring Tennant's Doctor Who companion Rose, Billie Piper.

While I think using his age and the fact that he was unknown was a bit of a low blow and I would even go so far as to say that it was a brave move to cast someone like Smith.  However, I don't think that he was as successful as he truly could have been.

There were a bit of a hit and miss quality to his performances in his first series.  In some parts of the series he seemed to be channeling Tennant and in others he would channel Eccleston but would struggle to find his own voice or style until later.

Once he hit his stride, midway through his second season, he really grew on me as a fan.  The stories also seemed to improve once that had happened too.  I have to admit that he was the poorest of the three reincarnations of the character, I still think that overall he was a worthy portrayal.  There were times in the series where the three way relationship between himself, Amy and Rory did begin to grate at times, the way they resolved it and the introduction of the Clara character really made his portrayal a hell of a lot more interesting.  I was actually quite disappointed when it was announced that he was stepping down from the show in December but at the same time, maybe it was time for a change.  Better to go before the portrayal got stale right?

Now on to the part that we've all been waiting for.  The new Doctor. 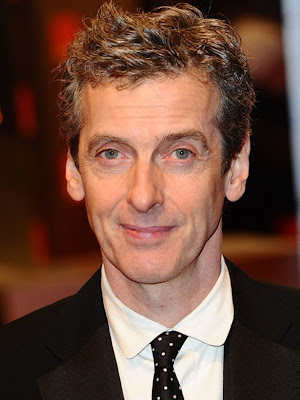 When it was announced earlier tonight in a live show on the BBC channel that the Oscar winning actor Peter Capaldi would be the 12th version of the Doctor, I physically cheered.

One of the best actors in movie and television, Capaldi is probably most well known as Malcolm Tucker in the television series 'The Thick of It' but that character is probably as far removed from The Doctor as you could possibly get.

That's one of the great things about the casting of Capaldi, he is an insanely talented and varied actor.  That can't be anything but a good thing for the character.  I also like the fact that they have gone for an older and more mature actor for the role.  I really think that he'll give the character a level  headed feel to it.

Well, that's all folks as Porky Pig would say.  What do you think of the casting of Peter Capaldi?  Do you think he'll do a good job in the iconic role?
Posted by Pat Scattergood at 14:05