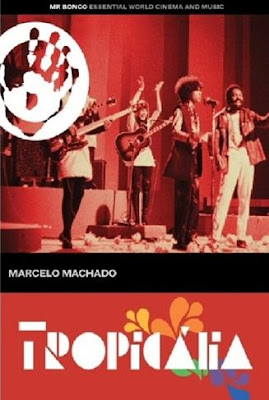 Set against the turbulent atmosphere of the 1960s, Tropicália is a feature length documentary exploring the Brazilian artistic movement known as Tropicália, and the struggle its artists endured to protect their right to freely express revolutionary thought against the traditional Brazilian music of that time.

This wonderfully researched and shot film takes a sharp look in to the movement known as Tropicalia.  Set in the 60's, one of the most turbulent and much changing times of our history, the movement juggled music and politics.

The artists here do a fantastic job of telling their stories.  Stories of their various fights to express themselves freely and without censorship.  They tell many different forms of the stories and there are both uplifting and sad in equal measure.

I loved how the filmmaker juggled telling us about both the music and art side of things as well as the politics of the time.  Both interesting and informative, the documentary packs a hell of a lot of information in to the feature length running time without overloading the viewer.  I really enjoyed the use of archive footage as well and the way it was slotted in to proceedings really gave me a sense of the time that all of this happened.

The only complaint I have about the release  is that it kind of felt like it was going  over the same ground a couple of times but to be honest, it wasn't enough of a problem to have been distracting.

If you are a world music fan then this is most definitely one for you to pick up.  It does a fantastic job of creating the era that the movement thrived in as well as having some memorable scenes and archival footage so it's well worth picking up.

Posted by Pat Scattergood at 14:53