Watchmen: The End is Nigh Parts 1 and 2 Review 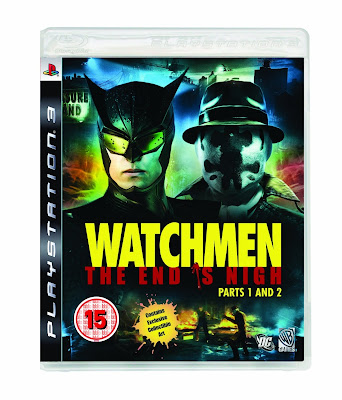 As a gamer, I was and still am in to my beat 'em up games.  I grew up playing the greats like 'Streets of Rage' and the such.  Considering that I am also a massive comic book geek, the fact that someone combined one of the greatest comic books of all time with a 'Streets of Rage' style game had me practically chomping at the bit to play this one.

We start the game as a prequel to the amazing graphic novel story in which Rorschach and Nite Owl team up to take on two different cases.

The game play here is quite simple but can range from quite an easy time of just kicking some ass right up to there being wave after wave of enemies.  The fighting is quite realistic in that you can crack your enemies bones and use various items you find in the environment.

At times, the constant wave after wave of enemies, most of whom look the same, can get a bit repetitive yet that doesn't stop it from actually being quite a bit of fun.  It's a pretty good pick up and play style game but that's not where it shines.

The main strength of the game is the co-op mode in which you and a friend can take control of one of the two main characters and just kick the living hell out of people as you go on to solve each case.  While it's not the most original game in the world, it is pretty much a more violent 'Streets of Rage' with characters from 'Watchmen', it is actually quite exciting. 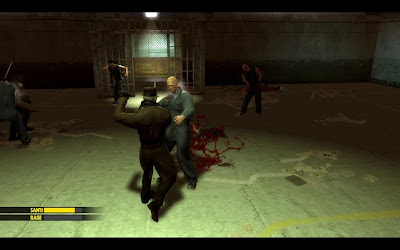 Graphics wise, I was very impressed.  The whole game has got a dark and grimy feel to it but it's the rain effects that really shine.  It just gives the levels a wet and slimy look.  The fight scenes look suitably brutal as well with the action being fast and furious but well animated.

All in all, I would definitely recommend this to 'Watchmen' fans or people that want to play a brutal 'Streets of Rage' style game.  While the levels do get a little repetitive at times, it's the co-op mode that works the most in this 'pick and play' action game.

Posted by Pat Scattergood at 15:20

Email ThisBlogThis!Share to TwitterShare to FacebookShare to Pinterest
Labels: Action, Beat em Up, Crime, Deadline Game, Game, Parts 1 and 2, Playstation 3, Review, Streets of Rage, The End is Nigh, Watchmen