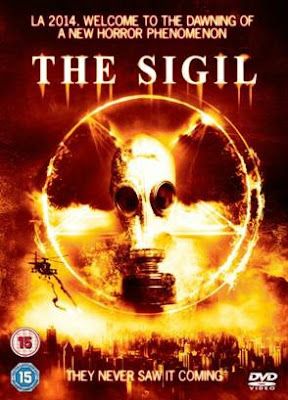 Supernatural horror following a young woman as she looks for the truth behind her brother's death. When 42 residents die in a Los Angeles house the government claim that the cause of death is radiation poisoning from a close by uranium mine that was previously undetected.

Devan (Devan Liljedahl), the sister of one of the deceased, is unable to come to terms with what has happened and travels to LA, along with two friends Nate (Nathan Dean Snyder) and Brandon (Brandon Cano-Errecart), in search of answers.

When they arrive at the house they discover strange goings-on which lead them to believe that the explanation given by the government is a cover-up for something far more sinister...

Combining the over used medium of the found footage horror movie with a standard movie sounded like it would be an interesting take on an already saturated genre.

That's when I started to watch the movie itself and I have to admit, there were some parts that were just downright painful to watch.

It's a bit of a schizophrenic movie in terms of quality if I'm going to be totally honest.  Once it's gotten going, the movie does have a relatively creepy atmosphere for the most part but the massive over acting just ruins any tension during the scenes themselves.  That's a real shame because the story itself is actually really interesting on paper and could have been absolutely superb in the right hands.  Brandon Caro-Errecart is not the owner of those hands.

The shooting style really starts to grate during the movie as there are a) some awful camera angles, b) the shaking style on some of the scenes left me feeling more confused then scared and c) some of the scenes were so badly shot that I couldn't work out just what the hell was going on.

Another couple of things that bugged me were the bad editing, due to Nate's hair changing length constantly and not just by little bits either and the set dressing.  I know their budget wasn't all that big but it looked like it was amateur hour at a filmmakers club or something.  An example of which was the sign on the outside of the house that had really bad grammar and even used the wrong word on part  of it.

All in all, this was a movie that is definitely not worth picking up or even watching.  There were a couple of scares that were pretty good but the bad editing, shoddy camera work and awful acting completely take you out of the story.

Not one I'll be watching again if I'm completely honest.

Posted by Pat Scattergood at 15:25