Village at the End of the World DVD Review 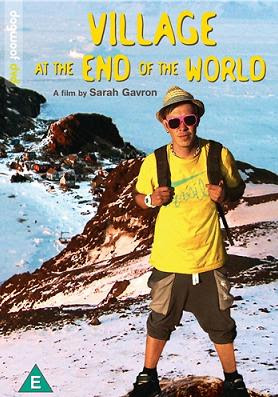 A Met Film Production, Made in Copenhagen Production

Lars is the only teenager in town who, in a community of hunters, doesn't want to hunt. Niaqornat in North West Greenland has a population of only 59, with no local industry people are being forced to leave to find jobs in the nearest town. Whilst the rest of the community pull together to try and re-open the fish-factory, Lars begins to plan his escape.

Like all villages, Niaqornat has its supporters and detractors amongst the local populace. For some it is paradise, they can't imagine living anywhere else, for others it's the last place on earth they want to be. For most Niaqornat is simply home. We know that there are very real pressures on a place like this - the ice is melting, the government no longer wants to subsidise the supply ship that brings the food that can't be hunted locally, and people are leaving due to the lack of work. Village At The End Of The World is a film that reflects the dilemmas of most small communities all over the world, this one just happens to be in one of the remotest spots on earth.

I love watching documentaries.  For me it doesn't matter what they are about as long as I find them interesting.  I have watched war ones, music ones and loads more but I'm a total sucker for ones about people overcoming some massive odds to make their lives better.

That is most definitely what we have here in the documentary 'Village at the End of the World', directed by Sarah Gavron and David Katznelson.

While some documentaries can really over sell their subject and make it almost seem melodramatic as if it's a badly made movie not a real life documentary.  That's not the case in this superbly shot and edited piece of film here.

What Gavron and Katznelson have managed to do is create a massively absorbing and interesting documentary about what is essentially a small village in turmoil.  The more people move away, the more chance the village has of having to be relocated to a larger one.  People have started to leave their homes because there is no work in the village thanks to the fish factory having closed down and it's slowly choking the life out of the village.

What we then see is the whole village worrying about their future but it's not a depressing documentary like it sounds it would be.  Instead the people here are so endearing and easy to get to know, you are sat watching them and willing them.  You want them to fulfill their hopes, you want their lives to get better.  Yet all through that, not once does the documentary feel saccharine or overly sentimental.

One of the films that I really liked was that despite all the troubles that they were going  through, the villagers just seemed so full of hope and happiness that it was completely infectious to the viewer.  You absolutely fall in love with the people  here and I get the feeling that the directors did too because watching this, you can see the love and respect that they have for the people, the village and their traditions.

I honestly can't recommend this high enough.  It gripped me from the very beginning and was one of the best documentaries that I have seen all year and that's saying a lot seeing as I have watched a hell of a lot of them.  I would have loved to have seen a little more in the way of special features but that's a small complaint considering just how good the documentary itself is.

One small warning though.  There are a couple of hunting scenes that may offend a few people.  They didn't offend me as I know it's their way of life but they're not really suitable for the squeamish.

Posted by Pat Scattergood at 11:05