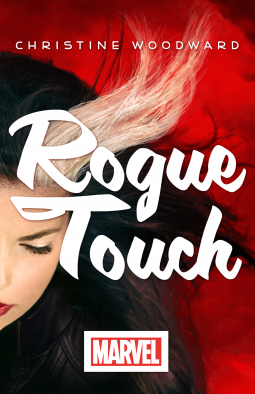 Eighteen-year-old Anna Marie was just fired for the third time--this time from a bakery. Why can't she hold a job? Well, for starters, she dresses . . . differently. She looks like a Goth girl to the extreme, her shock of white hair contrasting with her head-to-toe black garb, her face the only skin she chooses to reveal. But Anna Marie doesn't have a choice. Her skin, her touch, is a deadly weapon that must be concealed. She accidentally put her first boyfriend, Cody, in a coma when they kissed. Horrified, she ran away to Jackson, Mississippi, where she's been living alone in a cramped apartment and scraping by on food stamps.

Then she meets otherworldly James and everything changes. He's just like her--completely alone and also on the run. To elude James's mysterious and dangerous family, the pair takes to the highway. As they cross the country, their simmering attraction intensifies and they both open up about their secretive pasts. James reveals that his true name is Touch and he christens Anna Marie Rogue. But with danger at their heels, they know they can't run forever. Rogue must decide if she'll unleash her devastating powers once again, which she swore never to do, in order to save the only person who seems truly to understand and accept her.

After the awful 'The She-Hulk Diaries' I had really little to no desire to rush in to reviewing this one despite being a massive 'X-Men' fan.

For me, Rogue has always been one of the best characters from the mutant group led by Charles Xavier yet for some reason, the character never really got a chance to shine on her own.  When I heard that they were going to write a novel just about her, I was really psyched yet for some reason, it just doesn't gel as much as it should do.

The fact that the story doesn't fully work is a real shame because Christine Woodward really does spin a good but not great new take on Rogues origin.  If you think that this story is going to be like the origin story told in the comic books then you are totally out of luck.  Instead what we have here is essentially a love story and the fact that she is a mutant seems to take a bit of a back seat to the rest of the action.

That said however, Woodward doesn't skimp on showing her abilities.  I did like the addition of a new mutant in the shape of Touch.  I felt he was a good counter foil to Rogue yet at the same time felt he was a little bit of a wasted opportunity because so much more could have been done with the guy.

One of the things that I didn't like was how the romance was written.  I don't mind reading a good romance book, in fact I am a right soppy twat yet the romance here seem massively over written.  There were many moments where you were left scratching your head because some of the scenes just felt like fan fiction of the worst kind.  That's a real shame because Woodward is a very good writer, it just seems like some of the scenes felt like they were tacked on at the last minute.

While this wasn't anywhere near as awful as 'The She-Hulk Diaries' but I was still a little disappointed in the end result.  That said it's still a pretty good read and maybe even as an introduction to the character herself.  Just don't go expecting a fight every other page.

Posted by Pat Scattergood at 13:24