An Interview With the Author, Leesa Wallace 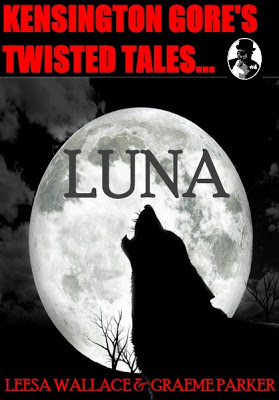 Curiosity of a Social Misfit are pleased to be joined by the author Leesa Wallace, who has popped in to have a chat with Patrick Challis about her books and her work with Kensington Gore.

PC:  What made you want to become a writer?

LW:  It's something I've always enjoyed doing since I was a child. However, it wasn't something that I had ever thought about doing as a proper hobby or career.

I got inspired to take it up on a more frequent and professional level by my friend Graeme Parker.  He has family connections with the infamous horror writer and film director Kensington Gore. Kensington is really kind and encouraged me. He made me realise I could put my talents to some use.

PC:  Are there any writers that inspire you?

LW:  Apart from Graeme and Kenny I like quite a wide range of writers and genres to be honest. So I probably get inspiration from a variety of sources rather than particular writers. But I especially enjoy George Orwell, Dan Brown and Terry Pratchett.

PC:  You work very closely with the wonderfully unique Kensington Gore.  How did that partnership  come about?

LW:  Graeme and I first started talking over Twitter a few years ago. We hit it off immediately as friends and after a while it just seemed natural to start working together. We think a lot alike and share the same kind of humour, so we work really well together. Then Kensington Gore read our work and wanted to help us and push us. He's a lot nicer in person than many people think. He's a bit like a grotesque looking Santa Claus. Just don't sit on his lap!

PC:  Do you have any unique quirks while you're writing at all?

LW:  I have a habit of writing things out in longhand before typing it up on a PC or I-pod. I've no idea why, it just feels better to me! So I'm forever carrying notepads around with me. I tend to write better if I'm listening to classical music. It seems to put me in the right mindset and relaxes me.

PC:  How do you find inspiration for your stories?

LW:  Some of my inspiration comes from personal experiences and news stories. Some of it seems to just spring out of my imagination from somewhere!

PC:  What is your favourite story that you have written and best shows your writing style?

LW:  My favourite story would be Bet Your Life. But that's probably because it means something to me personally and has some sentimental value to it. The best writing that I've done is probably Robot Love, which I co-wrote with Graeme and Kensington Gore. Although the story idea is Kenny's, I'm very proud of my contribution to it and think it's some of my best writing so far.

PC:  If you had to describe your stories to someone who hasn't read them before, how would you do so?

LW:  Unusual stories that often have an unpredictable outcome. They're mainly fantasy thrillers, with a touch of humour.

PC:  What's next for Leesa Wallace?

LW:  Going to the pub! Oh writing wise you mean? I'm working on a collection of my poems, some are very dark and emotional but I want to publish them.

I'm working on a very dark, twisted novella about a serial killer. Kenny and I are also in the middle of a few quirky Kensington Gore Twisted Tales. They will be coming up shortly.

I'm also helping him with a joke book about the battle of the sexes. I'm the referee between him and Marge. They get together and after they've had a drink or two they can get quite scary believe me! But I always like to take on a challenge.

In the past I've worked a lot in theatre and would love to write a play of my own. My big dream is to one day own my own theatre, put on my own plays and help up and coming playwrites get a start. Trying to set up a publishing company called Wallace Parker Publications that will do that too.

Writing and live theatre are in my blood.

PC:  Thank you so much for taking the time to talk to us here at Curiosity of a Social Misfit.  Enjoy the trip to the pub!

To purchase any of Leesa Wallace's work and Kensington Gore's joke book, see below.

Posted by Pat Scattergood at 12:04