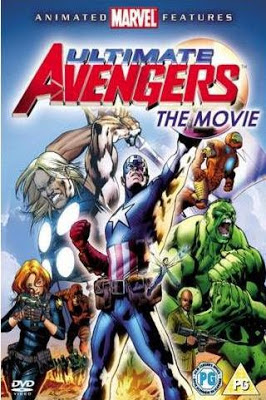 
Earth, 1945. Humanity was on the brink of annihilation. Sinister forces pushed to seize control of the free world, and only one man rose up to stop them. A man who sacrificed his life to save us all. History remembers him as our one and only Super-Soldier... We know him as Captain America.
When a nuclear missile was fired at Washington in 1945, Captain America managed to detonate it in the upper atmosphere. But then he fell miles into the icy depths of the North Atlantic, where he remained lost for over sixty years. But now, with the world facing the very same evil, Captain America must rise again as our last hope of survival, and lead a strong-willed team of today's superheroes:

Iron Man, the billionaire bachelor used to doing things his own way.

The Hulk, the destructive force Bruce Banner hopes to turn into a useful member of the team.

Wasp, a petite powerhouse who sees the team as a fresh start for her and her husband, otherwise known as...

Giant Man, sixty feet tall with an equally large chip on his shoulder.

And Captain America, a star-spangled idealist resurrected from a 60 year deep-freeze because this team needs a super-soldier to lead them.

Here we have an animated take based on that graphic novel and they really do it justice.

The entire team is here and like in Joss Whedon's live action movie, the team doesn't automatically gel together. I've always thought that was much more of a realistic thing than when heroes team up and get on together straight away.

The story here concerns the alien race called The Chitauri, a sub species of the Skrulls, wanting to take over the world. After proving to be a massive threat, the decision is made to assemble the greatest team of super heroes ever brought together in order to fight back the threat.

The takes on the characters here are surprisingly faithful to the graphic novel version, especially their portrayal of Thor. While not all the characters get enough of their time in the spotlight, they are given enough time on screen to leave you hungry for a second movie.

My personal favorite of the team is how they portrayed Bruce Banner / The Hulk, in that they really showed the inner battle that Banner faces to keep the beast from running wild and destroying everything.

The only thing I didn't like was the simple fact that while this movie is aimed at the younger fans of the Avengers team, it does seem a little too violent for their age but that could just be little ol' me being a bit too old fashioned.

That said however, this is a superb take on the formation of the Avengers and could even be watched as a companion to the live action Joss Whedon movie 'Avengers Assemble', which if you are a fan of then you will definitely like this one.
Movie 4/5
Picture 4/5
Sound 4/5
Special Features 3/5
Overall 15/20
Posted by Pat Scattergood at 14:44