INXS: Story to Story - The Official Autobiography by INXS and Anthony Bozza Review 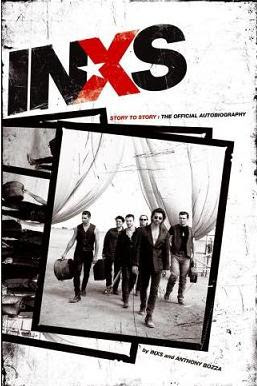 Written By INXS and Anthony Bozza


Now for the first time, INXS band members tell their own story about the meeting (and sometimes clashing) of minds that produced their music.

In this gritty, in-depth narrative, one of the most influential bands of the last two decades reveals the truth about the way the band lived: the drugs, the sex, the supermodels, and the in-fighting. They also divulge everything they know about Michael Hutchence: his relationship with Paula Yates, his drug addiction, and what they really think about his death.

Like "The Dirt", this is a book about rock 'n' roll out of control. It gives a fascinating insight into the life and death of a superstar, by the people who knew him best.

INXS were one of the biggest rock bands in the 80’s and 90’s led by their incredibly charismatic front man, the late Michael Hutchence. Since his death, the band have been relatively quiet on their career, their life with Hutchence and the aftermath of his passing until now.

One of the things I noticed about this book is how every member of INXS has a very distinctive voice and opinion about their career. This really adds to the book in that it gives many different perspectives without sounding too crowded.

Another thing that I really liked is the sheer unadulterated honesty that they all put forward in their writing. They’ve made a few mistakes in their lives and their career and aren’t ashamed to admit it. That’s very rare in autobiographies, especially by someone with such a long career as INXS.

I’d be amiss if I didn’t mention the heart wrenching part of the book where they talk about Hutchence. They don’t make him out to be like a saint and talk about the flaws he had, yet they still talk about him with such love, affection and admiration that you can really feel that even though they didn’t agree with some of the things he did in his life, they still respect the man and his memory.

All in all, one of the best musical autobiographies I’ve ever read. A must have for both fans of the band and fans of rock music in general.

Posted by Pat Scattergood at 16:10