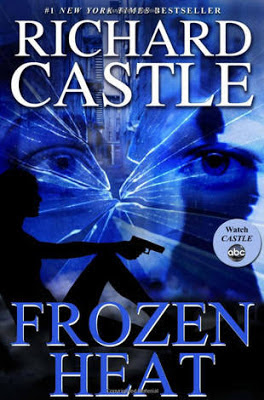 NYPD Homicide Detective Nikki Heat arrives at her latest crime scene to find an unidentified woman stabbed to death and stuffed inside a suitcase left on a Manhattan street. Nikki is in for a big shock when this new homicide connects to the unsolved murder of her own mother. Paired once again with her romantic and investigative partner, top journalist Jameson Rook, Heat works to solve the mystery of the body in the suitcase while she is forced to confront unexplored areas of her mother's background.

Facing relentless danger as someone targets her for the next kill, Nikki's search will unearth painful family truths, expose a startling hidden life, and cause Nikki to reexamine her own past. Heat's passionate quest takes her and Rook from the back alleys of Manhattan to the avenues of Paris, trying to catch a ruthless killer. The question is, now that her mother's cold case has unexpectedly thawed, will Nikki Heat finally be able to solve the dark mystery that has been her demon for ten years?

I am a massive fan of the television series 'Castle' as well as being a gigantic fan of Nathan Fillion, the actor who plays Castle himself.

I have no idea who is writing using the 'Richard Castle' name but they have got his style from the show down to a tee.  In fact, it's almost as if Castle himself has come alive and written these books.

One of the things I really liked about this book is that there are moments in this book that, if he was real, you could say were inspired by the things that Castle saw while working with Beckett.  There are tons of scenes that seem familiar because of the simple fact that you have probably seen them in the show.  Normally I would  say that's a bad thing but because these books have been written by the character of Richard Castle, that completely makes sense.

The characters here are just like their 'real life' counterparts in the show yet with enough differences to feel like the writer has based them on those people.  I loved the subtle little differences as well as the things that they kept the same.

Story wise, this is a good and fun as well as fast paced mystery with some great twists and turns.  While the identity of the actual killer of Nikki Heat's mother was a little bit of a disappointment in that it felt a little bit cliched but the reasoning behind it as well the twists that came with it raise the quality of that  part of the story up a lot higher.

Unlike the other books, the reviews of which will be up soon, this is by far the Rook and Heat show.  They really go all out with their relationship in this book and that's a nice nod to the show as well.  Yet with the book version of the relationship, there seem to be more worries about whether or not they can ever be suited to be with one another, you don't really get that in the show itself to this degree.  It's almost as if they've really put  some thought behind the writing and made it seem like Castle is putting his worries about Beckett in to his book as his way of dealing with them.

All in all, if you like the 'Castle' television show then you will absolutely love this book with all it's subtle and not so subtle nods to the show itself.  If you don't like the show then I suggest you just kick back and enjoy the book for what it is.  A fast paced, lively and very exciting mystery.

Posted by Pat Scattergood at 11:35